Celebrated Kenyan gospel star Kevin Bahati and his wife Diana Marua have had difficulties in their marriage which they have been publising in their reality show being Bahati.

The two were rumoured to have parted ways after Diana claimed that Bahati was never at home. However, Bahati acted like a man and saved his marriage from tumbling down.

On Wednesday,  Bahati took to his Instagram account where he asked Kenyans what the beauty of marriage. The post was accompanied by a photo of the couple.

Surprisingly, Kobi Kihara, the former NTV presenter was among those who responded to Bahati’s question.

Kobi, the Luxuria Lifestyle Network ambassador who is currently in the USA, seized this chance to advice Bahati and his wife on one secret of dealing with the social media  which she learned the hard way.

The sassy TV girl who made a comeback on social media a few weeks ago after deleting all her accounts told Bahati and Diana to always keep their marriage life out of the social media. 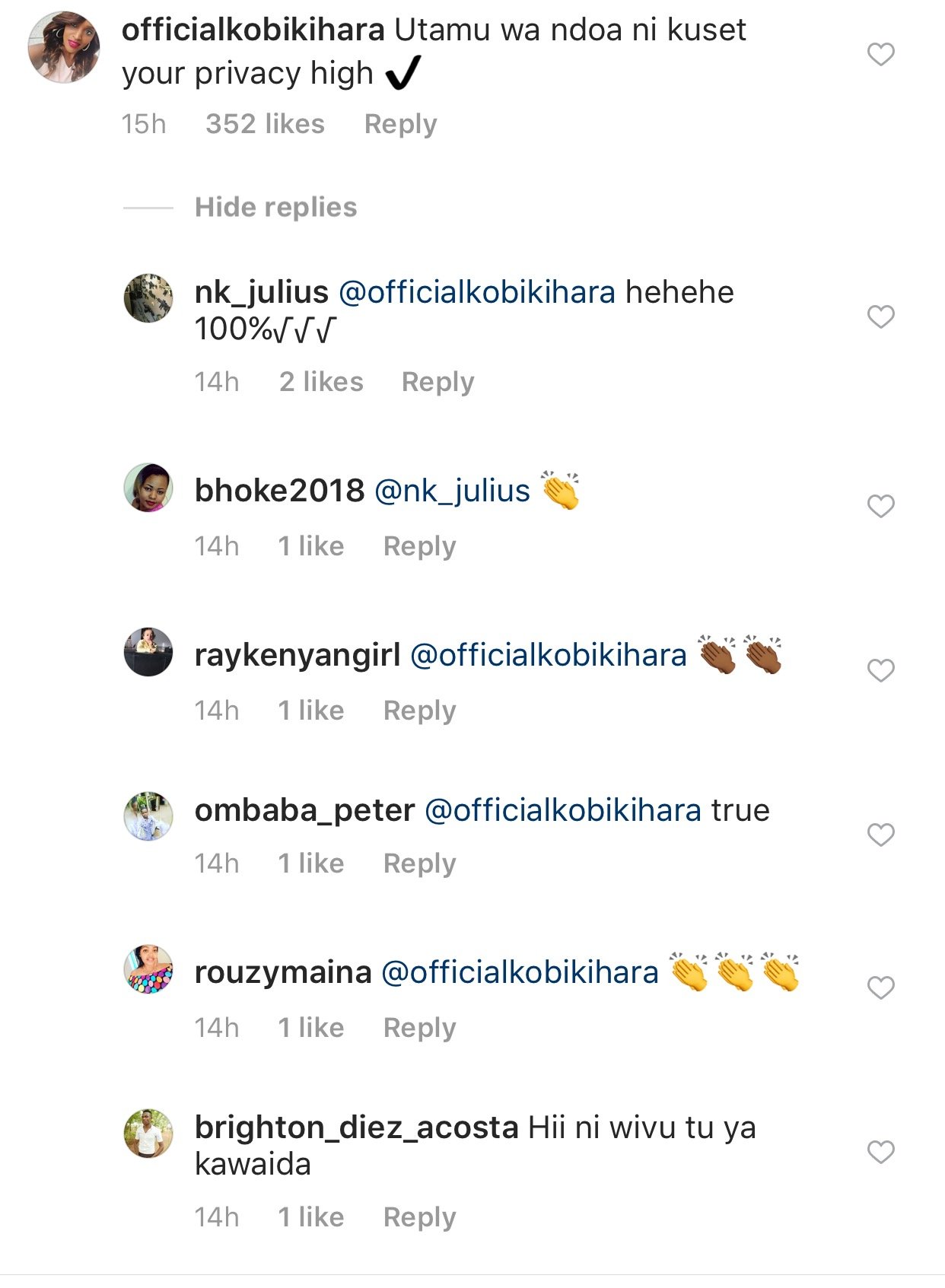 Her comments attracted hundreds of comments on Bahati’s wall, some agreeing with her.