Cardi B and her rapper nemesis Nicki Minaj got into a huge fight at a New York Fashion Week event on Friday night.

The pair, both dressed in glamorous gowns, joined a long list of stars at the Harper’s Bazaar Icons bash, where the shocking incident took place.

One video shared on social media shows the Bodak Yellow rapper screaming and lunging before she has to be held back by her huge security guard. 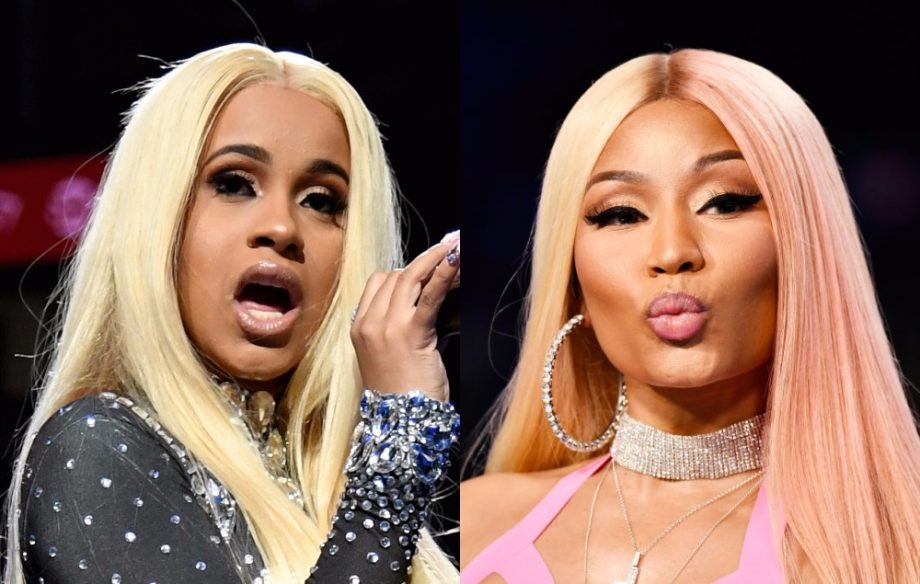 According to TMZ, Cardi had approached Nicki’s table to “address the lies she was spreading”.

Sources connected to Cardi told the website they believe her security had a plan if she came anywhere near Nicki, and one of them elbowed her in the face.

A second video shows Cardi, 25, taking off one of her red shoes before hurling it at Nicki.

Pictures taken after the bust-up show the new mum with a huge golfball-sized bump just above her eye and a rip at the back of her floor length red gown.

With both shoes off, Cardi was then escorted out of the building by security.

A few hours after the drama went down, Cardi took to social media to slam Nicki in a lengthy attack.

“You’ve threatened other artists in the industry, told them if they work with me you’ll stop f**kin with them!! I let you talk big s**t about me!!!”

Cardi then accused Nicki of questioning her abilities as a parent.

he added: “I’ve worked too hard and come too far to let anybody f**k me with my success!!! B**tches talk all that s**t in they raps but in real like they p***y! This s**t really is for entertainment!”

Meanwhile, Nicki shared a clip shortly after the altercation showing that she hadn’t suffered any injuries.

“The infamous *I ain’t got no damages* video,” one of her fans commented.

She followed it up with two more posts from inside the event.

Rumours of a feud began to swirl when the fellow rappers seemingly started takings shots at each other in their tracks shortly after Cardi’s fame skyrocketed early last year.

Then, in August 2017, Cardi slammed a mystery woman during a performance, which fans assumed was Nicki.

More recently, Nicki found herself denying that her new songs were directed at Cardi.