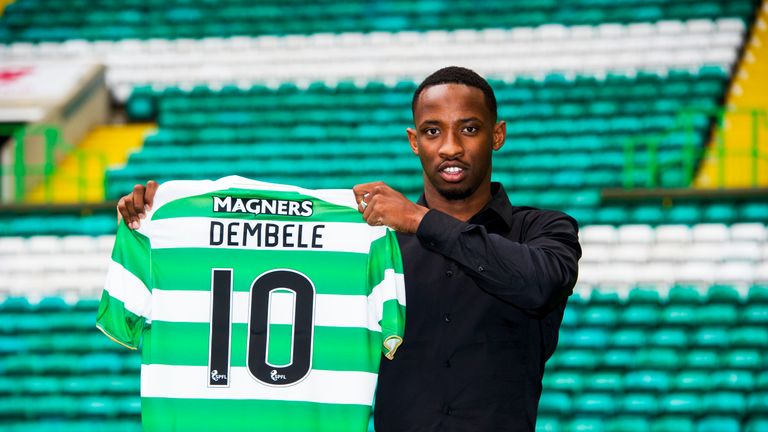 Celtic boss Brendan Rodgers had confirmed on Wednesday that the French international had been given the go-ahead to speak with Lyon. Dembele has now accepted the contract he has been offered by Lyon. The French Ligue side is keen to strengthen up front before the summer transfer window closes on Friday night following the sale of Marciano Diaz to Real Madrid in a €23 million deal yesterday.

The Scottish champions have to accept an offer from Lyon and Rodgers yesterday revealed a replacement centre-forward must come in before the window closes before Dembele is allowed to depart.

Dembélé scored back-to-back hat-tricks in February 2017, in 5–2 and 6–0 victories over St Johnstone in the Scottish Premiership and Inverness Caledonian Thistle in the Scottish Cup, respectively with his final goal in the 5–2 victory over St Johnstone awarding him Scotland’s Goal of the Season for 2016–17 as-well as the goal being nominated for the prestigious FIFA Puskas Award.

The goal had 25 passes, a Rabona and a back heel, with every player getting a touch on the ball and a clinical finish at the end which completed Dembélé’s hat-trick.