The government has taken up the role and heightened the security prosecutors, detectives and witnesses involved in the renewed war against official corruption.

The State is not taking any chances with the safety of key officers in the directorates of Public Prosecutions and Criminal Investigations and potential witnesses, the latter who have been placed in safe houses.

The Director of Public Prosecutions (DPP) Noordin Haji security details especially has been changed from his office and around his person.

More security personnel have been brought to guard him as it has been speculated that people in power who have been involved in corruption would not let an opportunity to harm him pass.

The same applies to the Director of Criminal Investigations (DCI) George Kinoti and other key detectives leading the investigations. 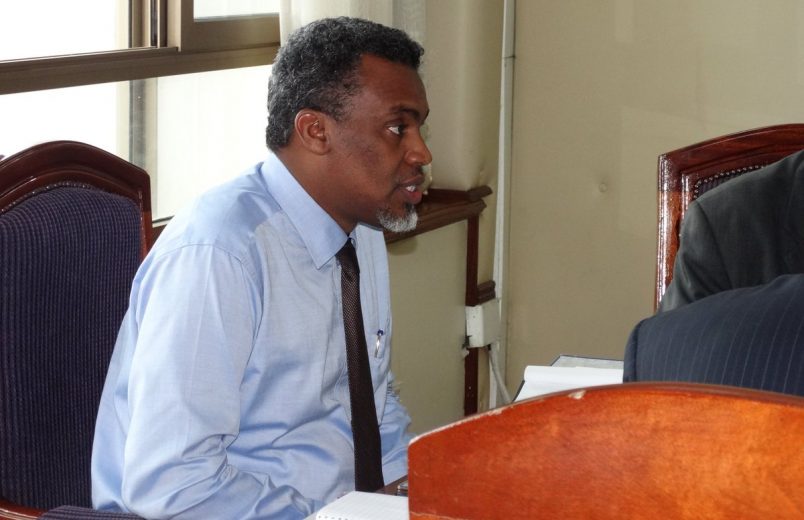 According to sources,  Mr Haji wanted to maintain a low profile and initially even cut down on the number of security aides around him,however, changes have been implemented on his security as he got down to work and started stepping on the toes of hitherto untouchables, including politicians and their allies.

The renewed multi-agency fight against corruption is giving suspects and their allies sleepless nights.

Reports indicated that bank accounts of key suspects have been frozen. And to ensure that the suspects do not interfere with investigations, the courts have imposed tough bond terms including barring them from accessing their offices. They are also not allowed to travel out of the country unless with the express permission of the courts.

Speaking on Saturday, President Uhuru Kenyatta assured the Ethics and Anti-Corruption Commission (EACC) that they have his full support and urged them to step up the fight against corruption and economic crimes in the country.

He also advised the EACC to work closely with other agencies mandated to fight the vice, adding that the war against graft should not be a source of competition within government.

President Kenyatta spoke during a meeting with the top leadership of the EACC led by its chairman Rtd Archbishop Eliud Wabukala and chief executive Halake Waqo at State House, Nairobi.

“Nothing will be further from the truth to say that you do not have my support,” said the President, as he urged the commission to work harder to support the achievement of Kenya’s development goals.

He said the anti-corruption fight will bear more fruit if it is conducted through the multi-agency framework that brings together the Directorate of Criminal Investigations (DCI), the Office of the Director of Public Prosecutions (ODPP) and the EACC as well as other security agencies.

Both Mr Haji and the Inspector- General of Police Joseph Boinnet were reluctant to discuss the specifics of the sustained onslaught on the lords of corruption citing security reasons, but it was clear that the momentum had been stepped up.

“I cannot share that information with the media. Some of these things are best not said. We are more interested in the criminals, not the officials who are fighting corruption. The criminals in suits, moving round in Prados. We know they are very dangerous and we are alive to the risks our officers fighting corruption face,” said Mr Boinnet.

Mr Haji told the Nation that he was out of the country on official duty and could thus not comment on the matter.

“I do not know much as of now because I am out of the country, I will be better placed to talk about it when I return,” he said when asked about the enhanced security around him and his officers.

The Witness Protection Agency (WPA) could not discuss specific details of those under its care. However, public relations officer Calvin Oredi confirmed that they were sheltering a number of people who are due to testify in the various corruption cases.

“Yes, we have some witnesses under protection in relation to the (corruption) cases. When the cases pick up, they will testify through our internal mechanisms,” Mr Oredi told the Nation.

The DPP, DCI, WPA, the Asset Recovery Agency (ARA) and the Judiciary are the key agencies involved in the fight. Their efforts have seen some suspects considering coming forward to co-operate with the prosecution to avoid the suffering and humiliation others before them have had to contend with.

Weekend arrests that have ensured that the high-profile suspects at least spend a night in crowded and filthy police cells, delays in announcing tough bond terms and freezing suspects’ accounts are some of the strategies being employed.

Mr Maraga directed that all new cases will only be filed in Nairobi “in the interest of the effective case management and expeditious disposal of cases in the Anti-Corruption and Economic Crimes Division of the High Court.”

“All new cases relating to corruption and economic crimes shall be filed in the Principal Registry of the Division at Nairobi for hearing and determination,” the directions published in the Kenya Gazette number 7,262 state.

In the case of the National Youth Service (NYS) scandal, the prosecution has disclosed that some suspects have written to Mr Haji to express willingness to enter plea bargain or make confessions and co-operate with the prosecution.

It is a similar story in the Ruaraka land scandal where Meshack Onyango Dehay, the man who made stunning allegations of impropriety, was adopted by the State as a potential prosecution witness.

Subsequently, a case in which he was being sought for alleged extortion was dropped as he was absorbed into the witness protection programme.

A number of high-profile suspects have had their bank accounts frozen and assets suspected to have been acquired through proceeds of crime impounded. These include vehicles and houses that were bought by NYS suspects.

The bank accounts of suspended principal secretary Lillian Omollo, who was caught up in the NYS scandal, were frozen as were those of the members of the Ngirita family.

Meanwhile, up to six public officials who were charged alongside Mrs Omollo and the Ngiritas in relation to the theft of Sh469 million at NYS continue to languish in remand as they have been unable to raise the funds to secure their freedom. The court had granted the 47 suspects Sh1 million cash bail, Sh5 million bond and a Sh2 million surety each.

When the turn of current and former Kenya Power bosses came, the hunt down started on a Thursday night and by early Friday morning, a number of them had been arrested or had surrendered to the DCI.

They had to remain in custody for the whole weekend. Cabinet Secretary for Energy Charles Keter was particularly unhappy with the manner the 19 Kenya Power bosses were arrested likening the swoop to the 1993 plane crash that killed the entire Zambia national soccer team and called for a humane handling of suspects.

“It is sad and painful and sometimes you feel you should be sacrificed instead of all these people, especially those who are innocent. Let us be humane when arresting people. You cannot go to people’s houses at midnight in the fight against corruption,” Mr Keter said.

In the Kenya Power case, it was even worse for former managing director, Dr Ben Chumo, whose arrest and arraignment in court played a major part in him being rejected by MPs from being appointed to chair the Salaries and Remuneration Commission.

“Corruption is very rewarding. The only way to fight corruption world over is through an element of deterrence which can only be achieved by some form of cruelty which takes away liberties.

The law presupposes that when one is arrested, the person will be granted certain protections but that has not been so in these case as the arrests are done in a manner that is supposed to be the deterrence.

It means you mete out the cruelty at the time of arrest as opposed to the end which is far too distant and uncertain,” lawyer George Kithi explained.

The weekend arrests also hit the six officials of the National Land Commission (NLC) led by chairman Muhammad Swazuri and Kenya Railways managing director Atanas Maina over the Sh221 million Standard Gauge Railway compensations. They had to spend the weekend in police custody as they waited to be charged.

Dr Swazuri and his co-accused were released on a cash bail of Sh3.5 million each or bond of Sh6 million and surety of same amount.

Senior Principal Magistrate Lawrence Mugambi also restrained them from visiting their offices. It means they will be out of office until the criminal case is determined.

Like at Kenya Power, NLC has filled positions vacated by the suspects in an acting capacity.