It is on a beautiful Thursday morning and the controversies surrounding Raila Odinga’s ODM leadership seems to be far from over.

While Ruto’s Kenya Kwanza Alliance seems to have mutually settled on individuals going to be nominated for various house leadership positions, Raila’s ODM is still in turmoil with the nominees facing rebellion from a section of dissatisfied ODM leaders.

It is a move that has forced ODM leader Raila Odinga to call for a Parliamentary Group meeting next week to quell disquiet in the party over House leadership before Parliament begins its sittings.

The wrangles are not just about the leadership positions but also the chief whip post, which went to Suna East MP Junet Mohamed.

Most MPs in the Orange party have accused Mr Mohamed of not only undermining them but also contributing to Mr Odinga’s loss in the presidential election.

Do you think the open defiance by some MPs and MCAs towards Raila’s directions is a clear indication that Raila could be loosing his influence in the Luo Nyanza region?

Raila Calls For Crisis Meeting to Address Rebellion in ODM 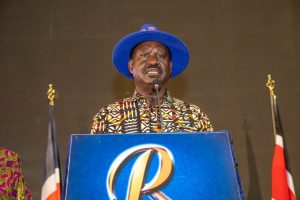 ODM leader Raila Odinga has sanctioned a crisis meeting of his party MPs next week to address a myriad of party issues that risk wrecking the political outfit.

Sources privy to the meeting confided to Nairobi Leo that the ODM leader will meet the National Executive Council of the party this Friday during which they will discuss how to quell disquiet in the party.

How Covid billions stolen from US was spent in Nairobi’s South C, Diani beachfront properties 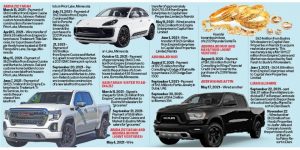 Investigators have named several Kenyans as suspects in a scheme where Covid-19 mitigation measures were subverted to defraud the United States government of a whopping Sh30 billion between mid-2020 and February this year.

The more than 47 suspects acquired prime beach-front homes in Kenya, US and Turkey, as well as pricey jewellery and high-end apartments in Nairobi and Dubai. Political analyst Mutahi Ngunyi has asked President William Ruto not to make it complicated his bid to build diplomatic ties with foreign nations.

In a tweet after President William Ruto delivered what has been feted as one of his best speeches yet on a global platform, Ngunyi appeared to suggest that the use of teleprompters by the president in delivering his maiden speech was unnecessary.