Today, Monday 5th 2022, will mark a special day in Kenyan history as the Supreme Court will give a verdict on the presidential petition filed by Azimio la Umoja One Kenya Coalition Presidential candidate Raila Odinga.

A seven-judge bench that oversaw the petition last week will give judgement on nine key issues raised by Azimio faulting the Independence Electoral and Boundaries Commission (IEBC).

The Supreme Court ruling will determine the next cause of action with both camps asking supporters to remain calm.

President-elect William Ruto during a church service in Njoro said he will respect the Court decision because Kenya is a democratic and constitutional country.

“Tomorrow, equally, we will respect the decision of the Judiciary because we are a country based on the rule of law and respect for all the institutions,” Ruto said.

On the other hand, Raila Odinga exuded confidence in the judges and promised to honour the ruling.

“Kenyans should continue to have us in their prayers, we pray for peace and wisdom. We hope that the Supreme Court will deliver a fair ruling which will help us to strengthen the democracy in the country,” he said. 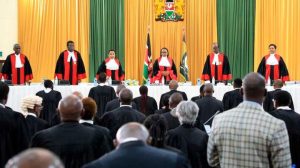 Mr Odinga, the runner-up in last month’s presidential election, alongside seven other petitioners, went to court seeking to have Dr Ruto’s win nullified, insisting that the exercise was marred with massive irregularities and that his victory does not meet the constitutional threshold of a free, fair, transparent and verifiable election.
Read More… 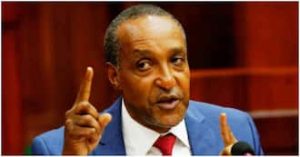 The distressing plight of Diana Chepkemoi, a Kenyan lady suffering in Saudi Arabia, is not new. Hundreds of similar cases have been reported; in some instances, the victims die.

After her predicament went viral on social media, the Ministry of Foreign Affairs Principal Secretary Macharia Kamau announced that Chepkemoi had been rescued. 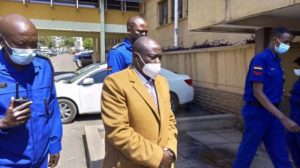 Deputy President-Elect Rigathi Gachagua will have to wait longer for the commencement of his Sh7.4 billion case.

The move comes after the case, which was scheduled to kick off today, was postponed owing to the petition lodged at the Supreme Court by Azimio-One Kenya presidential candidate, Raila Odinga, challenging the victory of President-Elect William Ruto and Gachagua.