It is the second weekend of the month of April after a week full of lows than highs.

The Covid-19 third wave seems to be biting harder than anticipated despite the availability of the vaccine.

The recent spike has left everyone confused on whether the curve would continue to go up.

With a new week of uncertainty approaching, these are the stories that summarise the happening of the past seven days:

Man Chops of Grandmother’s Head, Takes it to The Police Station

A man from Nyalenda Kisumu County left everyone shocked after he brutally murdered his grandmother.

Police reports indicated that the middle-aged man chopped of the head of the elderly citizen, placed in a bag and took it to Kisumu Central Police Station.

The reason for the susect’s action is yet to be determined by the authorities.

The cause of death is yet to be identified.

At least 20 people were confirmed dead after two buses were involved in an accident along the Malindi-Mombasa Highway.

Reports indicated that the two vehicles, a Muhsin bus and a Sabaki shuttle were involved in a head-on-collision.

Further information revealed that the Muhsin bus heading to Garissa was trying to overtake when it lost control and collided with the shuttle.

A KBC editor was shot dead at her home in Ngong.

Media reports noted that the lady known as Betty Mutekhele was followed to her residence by thugs.

The thugs are stated to have accessed her home compound where her family was ordered to lie on the ground.

The ordeal turned tragic after the thugs took her to her bedroom where gunshots were later heard.

Nairobi County MCAs became the latest victims of the Covid-19 third wave after 40 of them contracted the virus.

Nairobi Speaker Benson Mutura expressed that two of the sick MCAs were admitted in hospitals in critical condition.

Mutura further proclaimed that the Assembly had been adjourned indefinitely.

Kenyan Woman on The Streets Begs Man to Marry Her 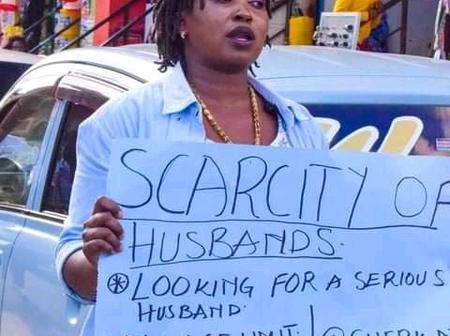 A Kenyan lady was the talk of the town after she took to the streets to plead for a man to marry her.

What really caught the eye of the public was the placard in her possession indication her terms of engagement.

According to the placard, the desperate Lucy Chemutai articulated that she was interested in any man irrespective of his physical appearance or the financial status.

The most important request by the Eldoret resident was whether the man would agree to settle down and start a family.

Form 4 Candidate Attacks a Police Officer During an Exam

A Form 4 candidate in  Kiambu made the headlines after he attacked a police officer during a KCSE examination.

Drama ensued after the student refused to be frisked before sitting for his CRE Paper 1 exam.

The rogue student physically attacked the officer before running out of the examination room.

The candidate went to the parking lot where he stoned the police vehicle there before escaping out of the compound.