The move to kick journalists out of a Senate Committee meeting where Interior CS Fred Matiangi was being grilled over the dramatic arrest of three senators proved unpopular with many questioning the reasoning behind it given that it was not a top-secret engagement or a matter of national security.

Matiang’i and Police IG Hillary Mutyambai appeared before the committee on Wednesday morning to explain circumstances under which Senators Cleophas Malala (Kakamega), Steve Lelegwe (Samburu) and Dr. Christopher Lagat (Bomet) were arrested by police on Monday, leading to adjournment of the House.

While defending the security officers, a tough-talking Matiang’i unconvincingly stated that the arrests on the day of a crucial revenue allocation formula vote by legislators had nothing to do with the initiative.

However, the consensus is that the arrests were aimed at intimidating the trio to drop their hard-line position on the county revenue formula, sentiments echoed by Deputy President William Ruto and ODM chief Raila Odinga who condemned Monday’s action by the police.

This begs the question: Should the Senate grilling of CS Matiang’i over harassment of senators have been heard in camera? 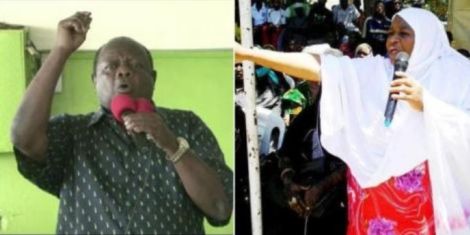 Death has visited the family of Former Changamwe MP Ramadhan Kajembe for the third time in one month over suspected Covid-complications.

A report by one of the local dailies indicated that the lawmaker’s daughter, Lagoni Kajembe passed away at the Pandya Hospital in Mombasa on the night of Wednesday, August 19.

Gloves Off as Sonko Names Two Powerful People Controlling the System, Dares Them to Impeach Him

Nairobi Governor Mike Mbuvi Sonko has finally revealed two powerful individuals controlling the system. While appearing at the JKL show on Citizen TV, Sonko firmly stated that the two were responsible for messing the country.

Sonko clearly stated that the system was the one messing the country and not president Uhuru as critics are suggesting.

How They Killed my Father – Mutula Kilonzo Jnr

The sudden mysterious death of Makueni Senator Mutula Kilonzo might have been linked to the ICC case involving President Uhuru Kenyatta and Deputy President William Ruto, his son has said.

Several months to his death, the lawmaker had sounded an alarm – even in Parliament – about threats to his life because he was outspoken that ICC suspects should face the court.

On Wednesday evening, Nairobi governor Mike Sonko, during a live TV interview with Jeff Koinange, asserted that a combination of Deputy President William Ruto and ODM supremo Raila Odinga is a sure win ahead of the 2022 general elections. Do you think that these two political bigwigs could team up and run together?