Today we start off a new month expected to be a crucial one in the ongoing fight against the Coronavirus pandemic.

With President Uhuru Kenyatta set to address the nation on July 6, anxiety is rife among Kenyans with many hoping for reopening of the economy.

Despite June seeing a higher surge in positive cases, President Uhuru hinted on a likelihood of re-opening the country starting with flight operations and lifting cessation of movements in to and out of Nairobi and Mombasa.

Uhuru’s decision also looms against a backdrop of a collapsing economy with millions of Kenyans now struggling to stay afloat and many now pleading with the government to ease the measures taken to curb the spread of Covid-19.

Moreover, politicians have been on the receiving end in recent days over their defiance in failing to observe the COVID-19 containment measures, with many often seen in huge gatherings.

Unsurprisingly, the disease found its way to the parliament after Speaker of the National Assembly Justin Muturi confirmed two MPs had tested positive for coronavirus.

Chief Justice David Maraga has called upon the investigative agencies to probe documents adduced by a woman who claims he sired a child with her.

Through his lawyers, Maraga says the documents were not authentic.

On Tuesday, Mary Kwamboka caused a spectacle at the Milimani law courts shouting that Maraga had refused to pay for their six-year-old daughter’s upkeep.

National Assembly Speaker Justin Muturi has revealed that only two members of parliament have tested positive for coronavirus as of June 30, 2020.

In a statement to the House yesterday, Muturi said one of the positive MPs has since been discharged from hospital and is in isolation.
Read more… 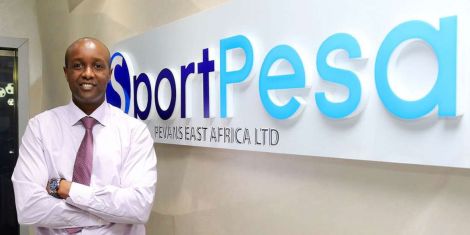 Punters are set for a reunion with betting firms Sportpesa and Betin, after President Kenyatta scrapped off stringent tax measures that saw the two firms exit the country in September 2019.

The head of state signed into law the Finance Bill 2020 which dropped the 20 per cent excise duty imposed on betting firms in November 2019.

On Tuesday we were treated to drama after a woman, identified as Mary Kwamboka, caused a stir at the Milimani law courts accusing Chief Justice David Maraga of not taking care of their six year-old-daughter who was a product of an extra-marital affair.

However, Maraga was quick to dismiss Kwamboka’s claims stating that the papers presented before the court are fake and should not be relied upon. Do you think the theatrics at the court were justified or is it just a publicity stunt with a political connection?