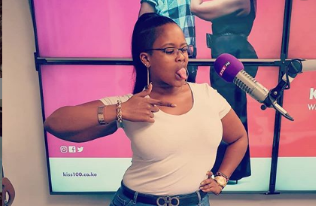 Radio siren Kamene Goro has proven that she has no time for snide hateful comments on her body and she is ready to attack anyone who tries her.

One such unlucky person is an Instagram user who goes by the name tim_qx who learnt his lesson the hard way this morning.

In one of the photos Kamene posted early his morning, Tim decided to bring his trolling to her page by leaving a hurtful comment under it.

Kamene did no let the troll slide as she took to her Instagram stories to outrightly blast him. 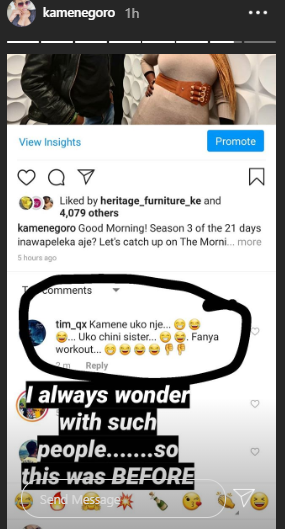 She then showed a screenshot of a message she sent him that left him no choice but to beg for forgiveness.

“What’s up? Si you talk now that you have all the confidence in the world to talk sh*t on my comments,” she started.

“What’s the problem? Do I know you?” she asked.

“What is hurting you so much about my body? Fungua roho,” she wrote.

The fan had no choice but to ask for forgiveness. 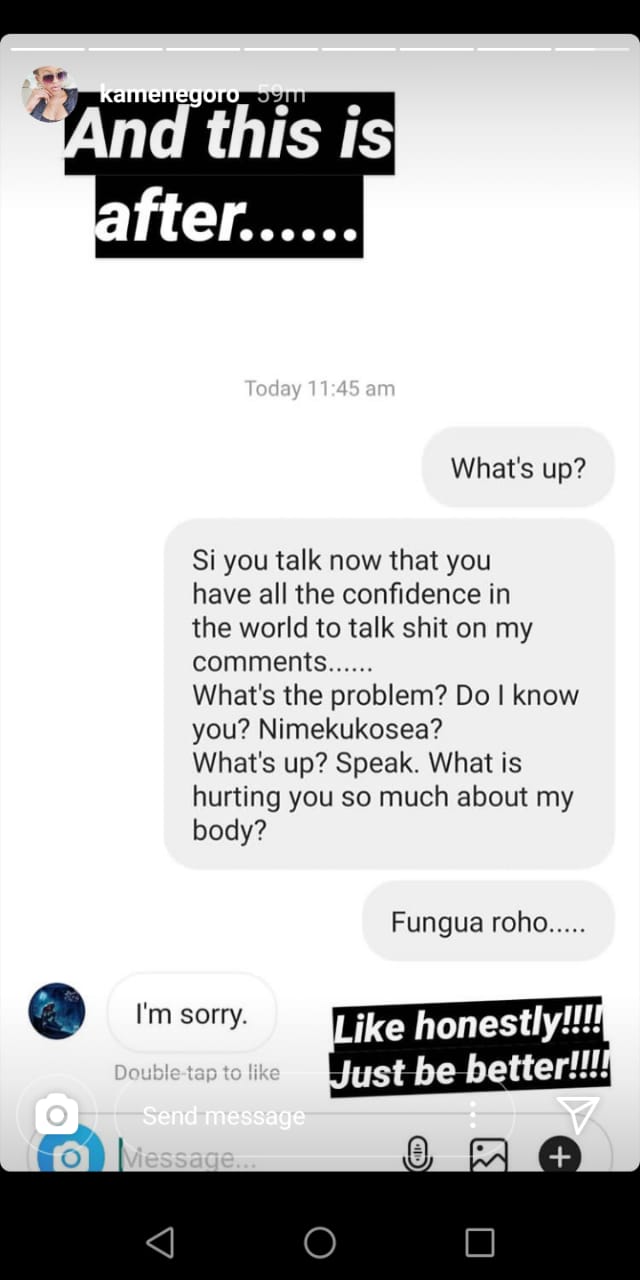 Kenyan celebrities are increasingly growing a tough skin and blasting trolls as they need to be. Kamene’s ordeal comes a few days after Awiti of Househelps of Kawangware also defended herself after a hater tried her.

Moral of the story, if you have nothing nice to say mind your business.