What were you doing at the age of 28? If it wasn’t managing a Bundesliga football club, you’ve got nothing on Julian Nagelsmann. Long considered a prodigal talent of the German game, Nagelsmann is noteworthy for more than just his tender age. Now at RB Leipzig, having left Hoffenheim at the end of last season, he is building something special.

RB Leipzig have made headlines before. They are the club that on the back of investment from energy drink owners, Red Bull, have climbed up the German football pyramid. For many Bundesliga fans, they are the scourge of the division, going against the grain of the country’s very footballing identity. Barely a single RB Leipzig passes without opposition fans staging some sort of protest against them.

From a purely footballing standpoint, though, they are becoming the model club. RB Leipzig are among the very best at navigating the transfer market, prioritising the signing of young players who can be sold on for a bigger fee – see Naby Keita. But Nagelsmann has turned them into much more than just a stepping stone.

With the 32-year-old at the helm, RB Leipzig have become challengers. With 12 matches of the 2019/20 season completed, they sit in second place in the Bundesliga, just one point behind pace-setters Borussia Monchengladbach. In Timo Werner, Nagelsmann boasts one of the best young strikers in Europe, with 12 goals from 12 games this season. And then there’s the likes of Marcel Sabitzer, Christopher Nkunku and Yussuf Poulsen, all 25 or under, all making their mark at the top level. 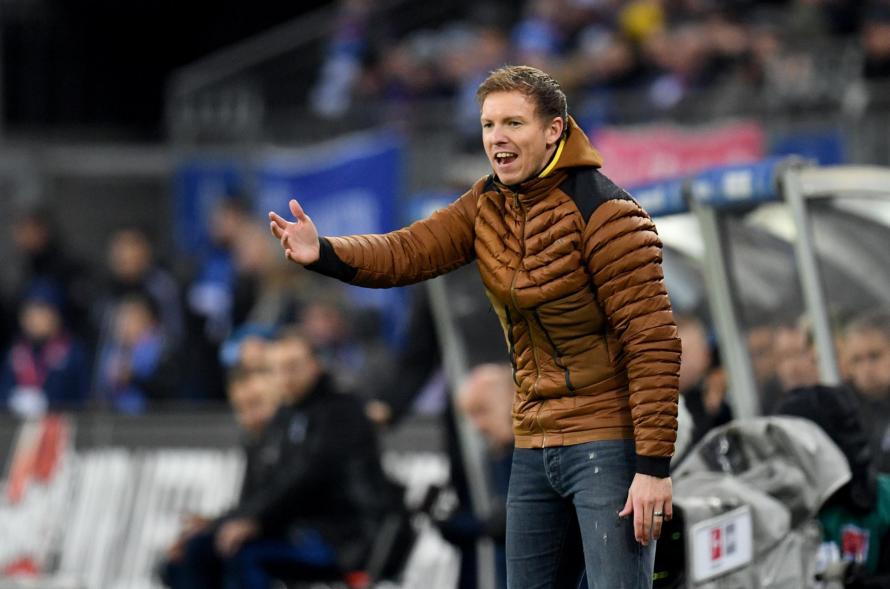 The impact Nagelsmann has made at RB Leipzig is somewhat reminiscent of the one made by Jurgen Klopp during his time at Borussia Dortmund. Both managers favoured a fast and furious style of play and both managers have a knack for taking promising, young players and turning them into superstars.

Nagelsmann has more than once been linked with a move to the Premier League. Arsenal are believed to be interested in the 32-year-old, with Tottenham Hotspur reportedly considering him as a potential replacement for Mauricio Pochettino, before ultimately opting for Jose Mourinho instead. Manchester United have also been mentioned as possible suitors.

But why would Nagelsmann leave RB Leipzig at this point? He has plenty time to pursue a Premier League career should he desire that, but right now Nagelsmann has the chance to truly disrupt the Bundesliga and establish a new order at the top of German football, just like Klopp did at Dortmund.