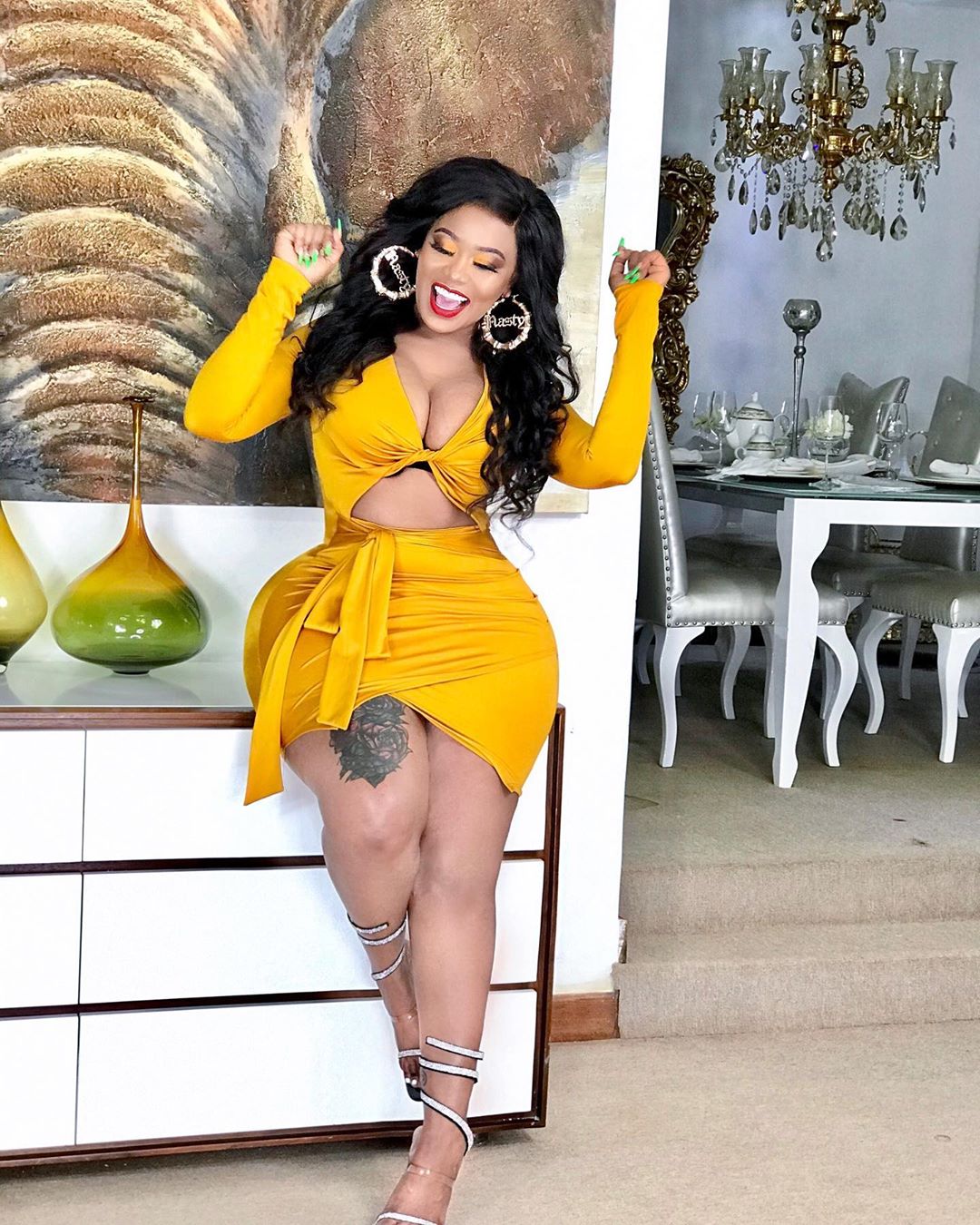 Socialite Vera Sudika has responded to her haters who have been accusing her of living in a borrowed house. The assumptions came about after her followers noticed that she always takes photos and videos on only one spot of the house in front of an elephant painting.

She questioned how possible it is for her to be living in a borrowed house for seven years since she has been having the painting since the time she was living at Kileleshwa.

Her response was triggered by a fan who asked her to clarify whether the rumors were true. 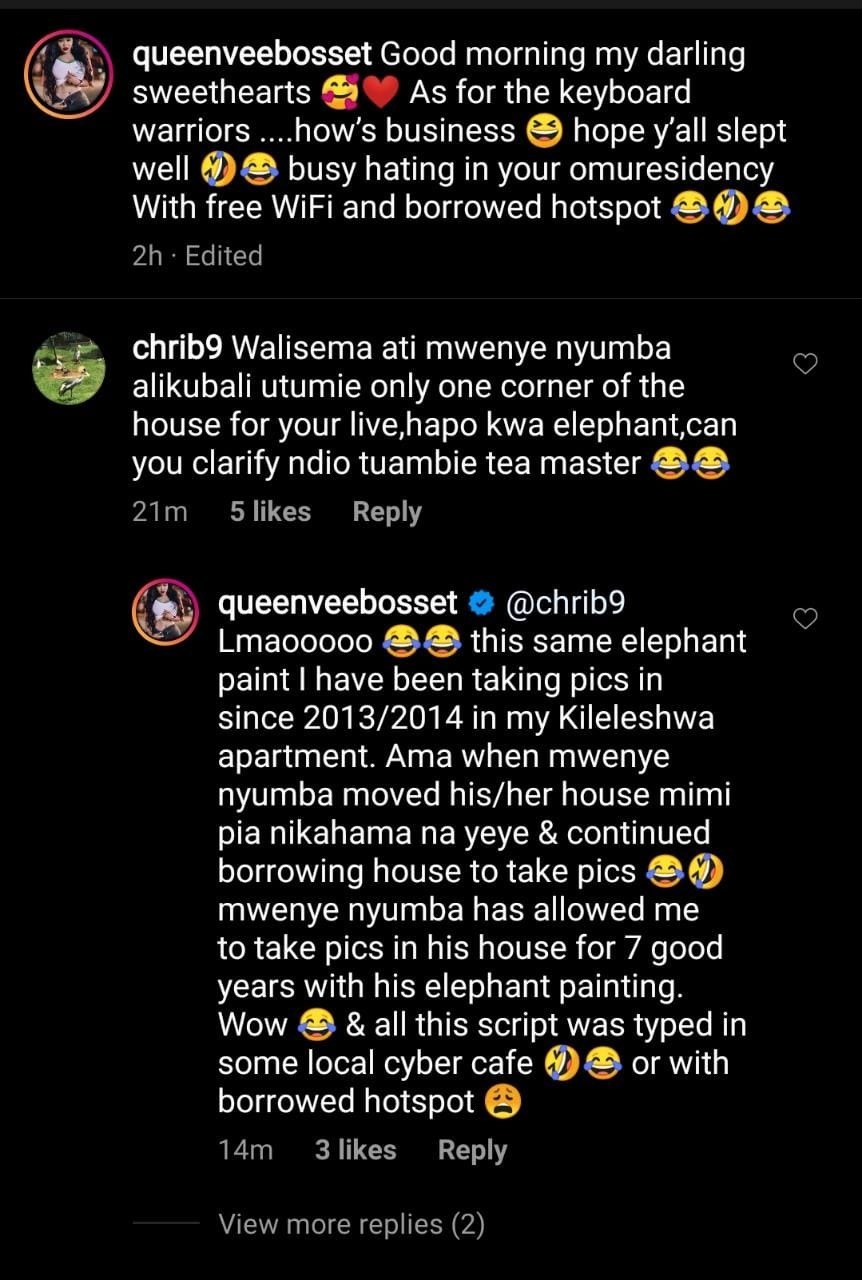 “Lmaooooo 😂😂 this same elephant paint I have been taking pics in since 2013/2014 in my Kileleshwa apartment. Ama when mwenye nyumba moved his/her house mimi pia nikahama na yeye & continued borrowing house to take pics 😂🤣 mwenye nyumba has allowed me to take pics in his house for 7 good years with his elephant painting. Wow 😂 & all this script was typed in some local cyber cafe 🤣😂 or with borrowed hotspot,” sh replied.

To put more emphasis on her response she shared some articles which were created back in the year 2015 when she acquired the painting. 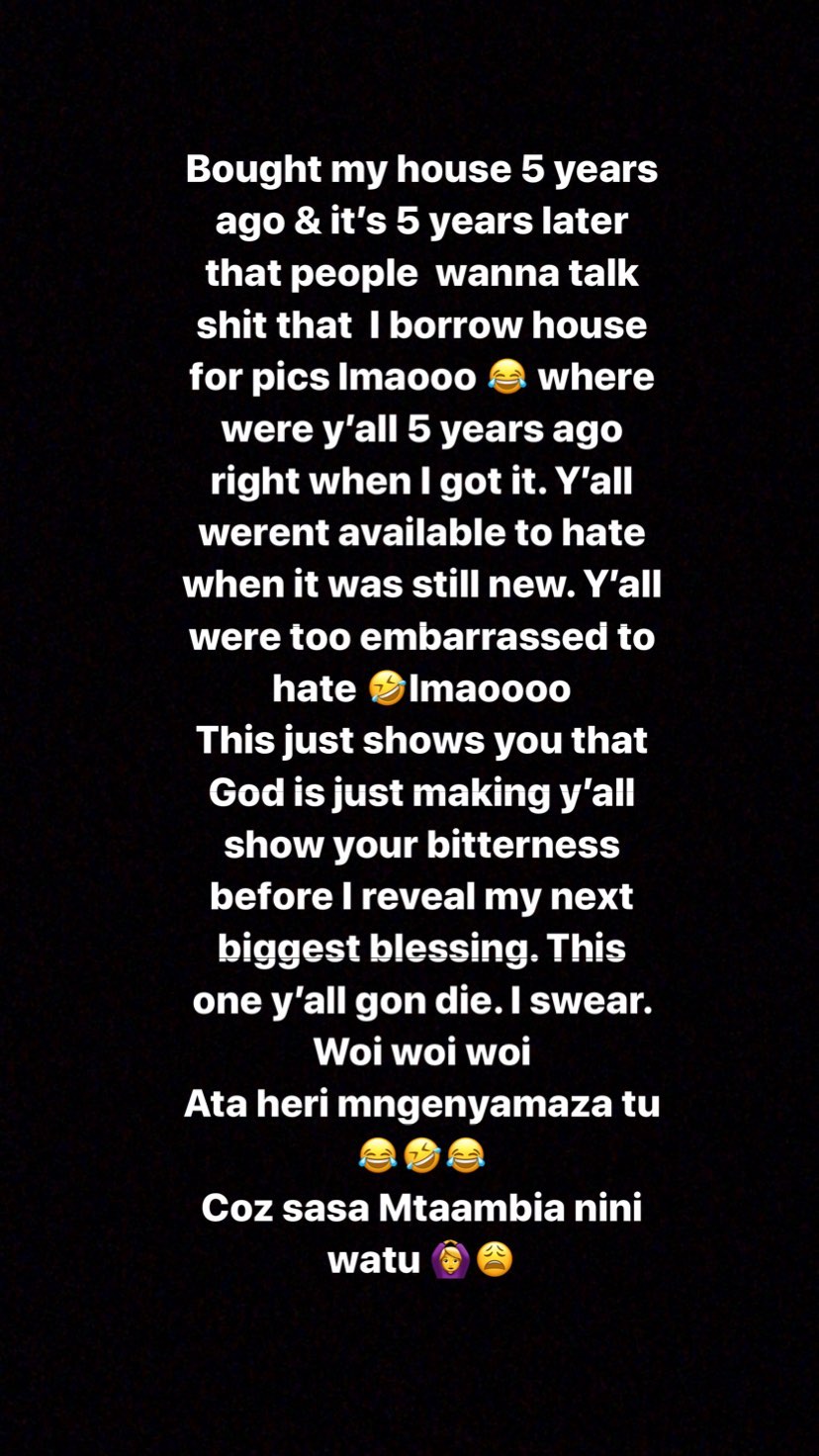 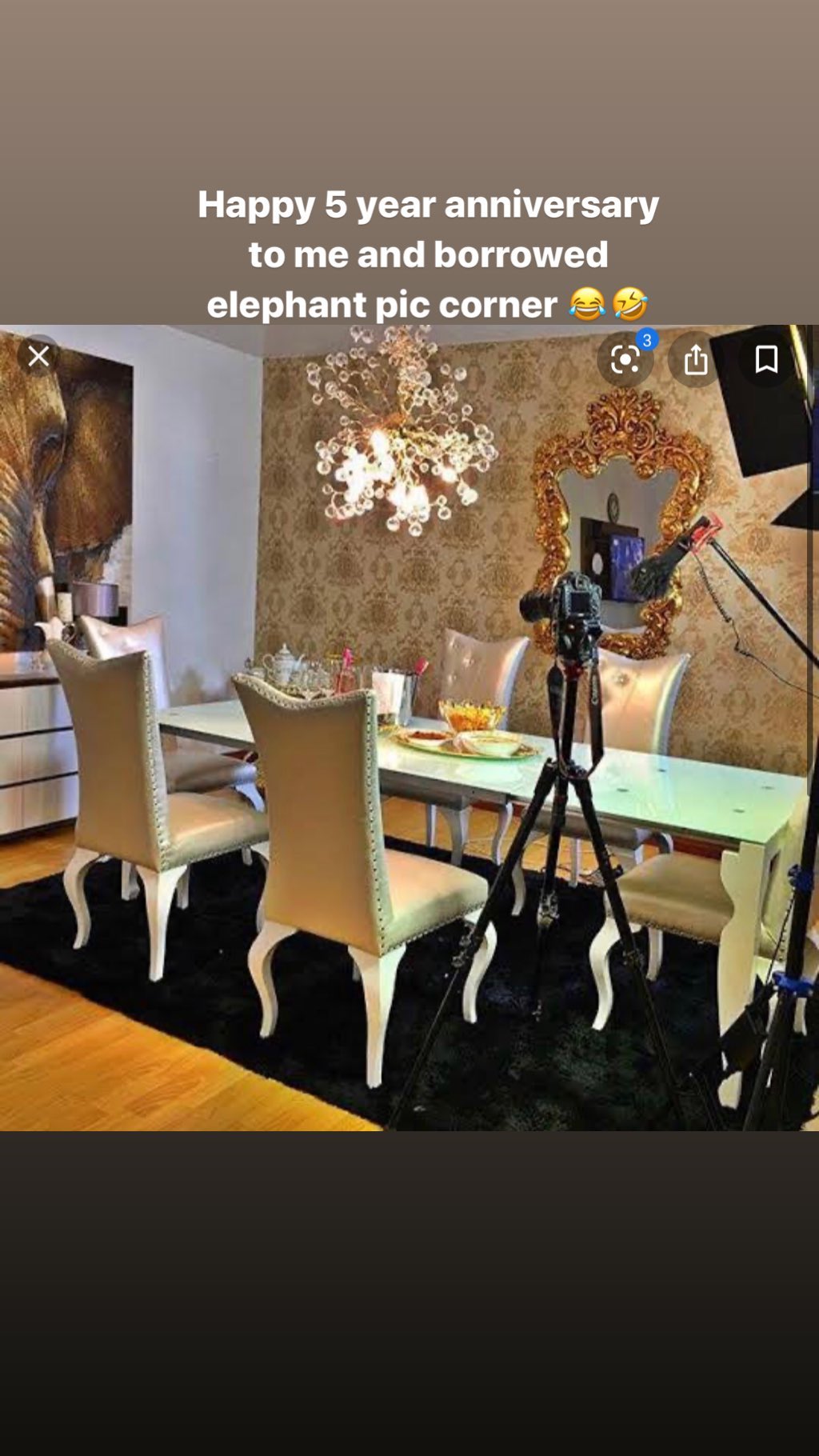 The discussion about her house has been going on through blogger Edgar Obare’s platform. It is on the same spot that his fans started questioning why Vera never changes the photos and videos position while in the house.