Chemelil SugarFootball club have launched a petition to the Sports Dispute Tribunal against the decision that was taken by the Football Kenya Federation to cancel the Kenyan Premier League season 2019/20.

Chemelil are among the clubs that were most affected by the League’s cancellation, as they were relegated alongside Sony Sugar to the Betika National Super League.

In a letter dated May 12, 2020, the Chemelil-based millers and Kenyan Premier League being the 1st and 2nd petitioners respectively, have raised their concern to the SDT, terming the case as urgent. 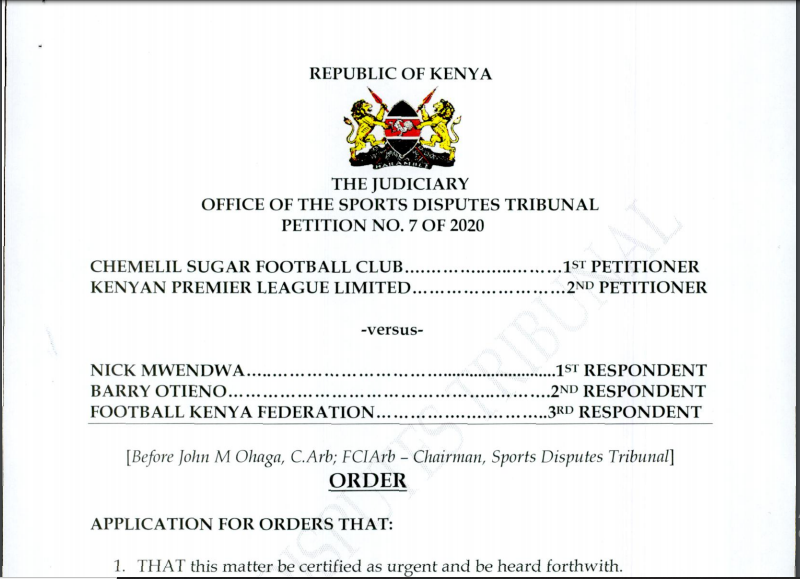 In the appeal seen exclusively by Opera News, the 1st and 2nd respondents have requested the tribunal to compel the FKF president Nick Mwendwa, FKF CEO Barry Otieno and the federation as a whole to offer the KPL an exclusive opportunity to continue running the KPL affairs and activities without interference. 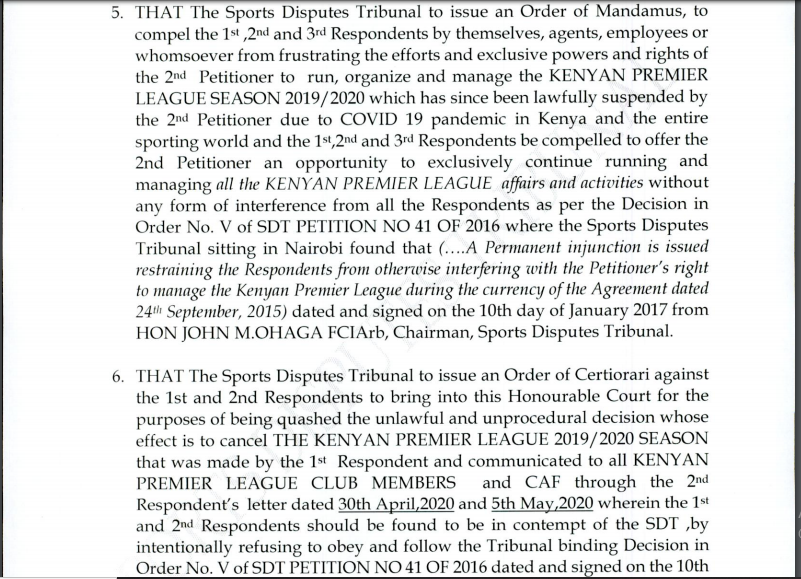 This comes days after FKF through the president Nick Mwendwa brought to a halt all the leagues in the country, citing untenability to finish the league in time for the preparation of the 2020/21 season.

Mwendwa went ahead to declare Gor Mahia champions since they were leading the table before the coronavirus pandemic distracted the operation in March.

KPL through the CEO Jack Oguda had appealed to both the Sports Dispute Tribunal and CAF concerning the illegality of the process that was followed to end the league.

Mwendwa said the FKF was forced to invoke Rule 2.6.1.2 of the Rules and Regulations Governing Kenyan Football “Where the league format due to circumstances of force majeure fails to be completed within the season, the league winner shall be determined as follows; Where all the Clubs in the league have completed the first round fixture but less than 75% league games have been played, the table standings at the end of the first round shall be considered as the final table standing of the league.”

The matter shall be listed before the Tribunal for mention for further directions on Tuesday 26th May, 2020 at 2.30 pm.