Veteran singer Wahu has come out to set the record straight that her husband Nameless is not as romantic as fans seem to believe.

Her revelation comes after the mother of two and doting wife posted a throwback photo of the two of them when they were still dating before marriage.

In the photo, they can be seen enjoying their youthful bliss.

One Kenyan lady by the name Lucy commented on the cute photo claiming that Nameless is the only reason bloggers say Kenyan men are romantic.

Wahu was quick to correct her and set the record straight by saying that Nameless is not romantic.

Thank you @prideinnparadisebeachresort for helping out my kikuyu man kiasi. This poolside dinner cant have been his idea 🤔🤭. Either way, you are forgiven for all your past present and future sins. #happyme

The two are considered a power couple as they have been married for over ten years and have stood the test of love despite being in the limelight.

Many celebrity couples are unable to keep the love alive due to all the pressure surrounding their careers.

Here is a screenshot of the revelation. 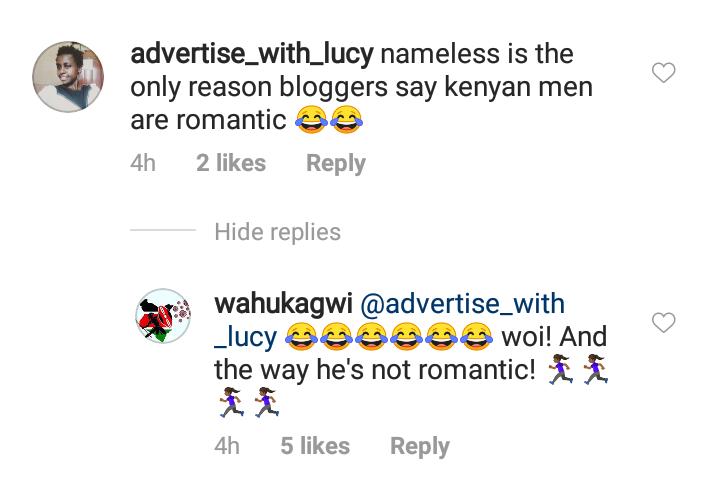