Gospel singer and former EMB Records owners Bahati left fans and celebrities entertained after stepping out in a dress.

The father-of-four had worn the dress for the wildly popular #fliptheswitch challenge and he decided to have some fun with the dress once the video was over.

He started dancing and prancing around like Akothee while yelling ‘Colpolis’ to the mirth of his millions of followers.

Kenyan celebrities were not left behind and decided to make fun of the singer.

Check out some more celebrity reactions below: 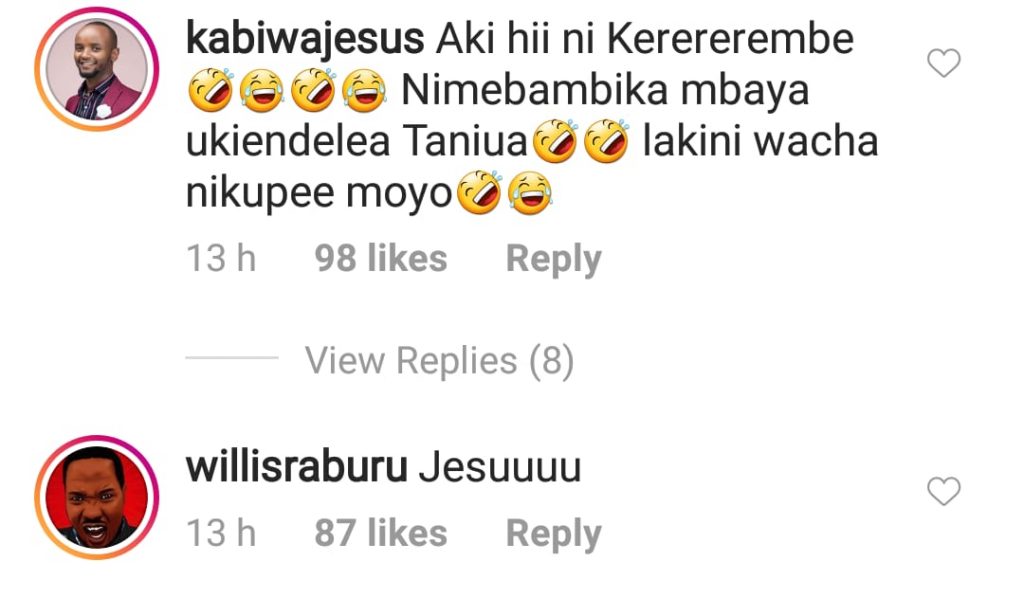