Willy Paul has been accused of being an attention seeker and yet amidst of each negative term he is given,  he over the past few days proven the finding love is indeed a good thing.

In a clip shared on Tuesday, March 17, Willy Paul was seen expressing excitement as his ‘wife’ rubbed her assets for him in a moving car. Sometime in February, the said lady was introduced as his wife and so far things are taking a turn for the better.

On the video, the duo was dancing to his Magnetic song. His video was followed up with a caption “Feels good when ur wife is ur number 1 fan… shake it boo… #MAGNETIC out now.”

The ‘Sitolia ‘ hitmaker just like his previous hits is sharing on social media of his new single named Magnetic, and keeping his fans entertained too.

The track ‘Magnetic’ was released on March 16th and has garnered 50K views on YouTube so far. Kenyans were quick to give their reactions and Willis Raburu’s reply stood out. 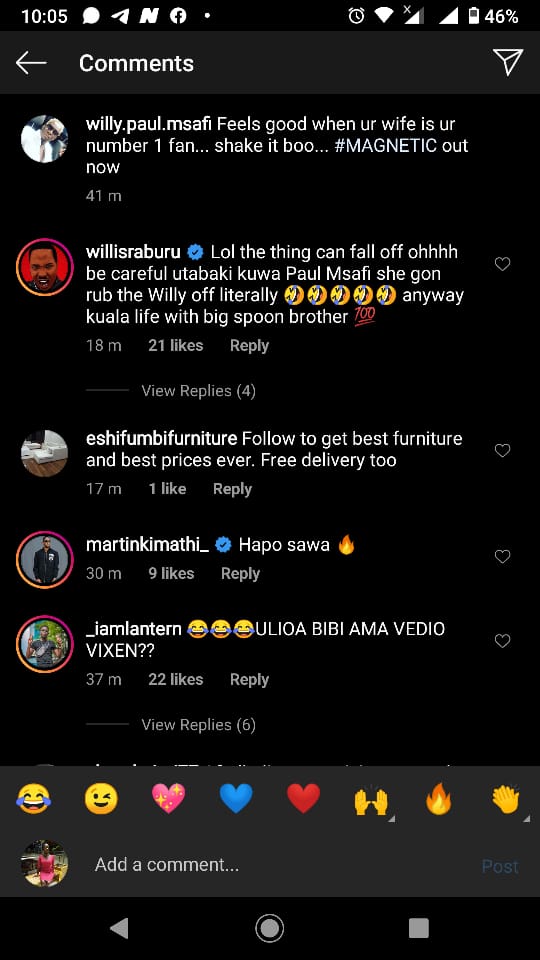 Over the years, it does not come as a surprise that each time Willy Paul will strike a controversy and in most instances, and on matter love, a story will always come up. Could it be because of his upscaling journey in his career?

Well, as mwana mkunaji gets better in his music, his fans, however, feel he needs to clarify where his stakes are, as gospel or secular artist or just a musician.