The Judiciary has suspended all court hearings across the country following the confirmation of the first COVID-19 case in the country.

Chief Justice David Maraga in a press conference outside the Supreme Court on Sunday, March 15, announced the suspension of all hearings and mentions of all civil cases beginning Monday, March 16.

“In compliance with the directive issued by the National Emergency and Response Committee, we shall forthwith scale down court activities through the country for a period of two weeks starting tomorrow, March 16, in order to allow further consultations and design appropriate measures to prevent the spread of the virus,” Maraga said.

Maraga stated that during this period all prisoners and those in remand would not be brought to court.

Maraga further directed that new arrests to be dealt with at police stations.

“All new cases and arrests except serious ones will be dealt with at the police stations in line with the guidelines issued by the inspector general of the police.” He said. 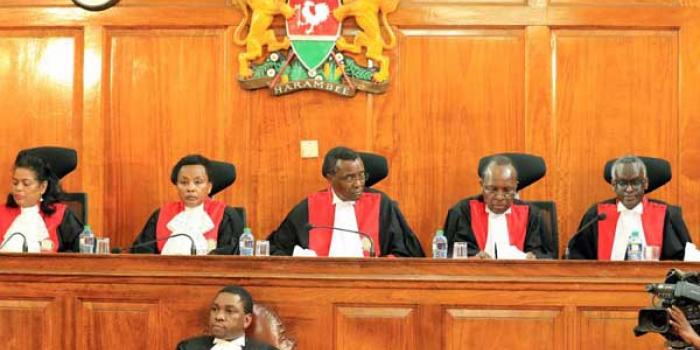 Maraga also announced the immediate suspension of all execution proceedings and hearings and mentions of all civil cases in all courts.

However, during this period, courts will continue to handle certificates of emergencies and taking pleas in criminal cases.

The Chief Justice has also banned foreign travel for Judiciary staff for the next 30 days.

No foreign travel for Judiciary staff for the next 30 days ~ Chief Justice David Maraga. pic.twitter.com/l5UYh02tNQ