A close ally of Deputy President William Ruto on Friday evoked the wrath of netizens, after issuing an update on the preparedness of the country, in the event of the dreaded Coronavirus outbreak.

Speaking on NTV‘s Press Pass, State House head of Digital, Innovation, and Diaspora, Dennis Itumbi, asserted that the country had taken adequate measures to mitigate and manage the spread of the infection.

Itumbi, one of Ruto’s right-hand men, stated that all entry points into the country were being properly manned, and everyone entering the country was being subjected to a thorough medical check.

There are enough masks to cater for every Kenyan in case the Coronavirus gets to Kenya. – @OleItumbi⁩ #PressPass @MarkMasai pic.twitter.com/XJZv4xPVVT

”In terms of bed capacity, level five and level six hospitals across Kenya have been asked to set aside at least 20 beds,” Itumbi said, adding that this had been checked and confirmed by the Ministry of Health.

Kenyans were, however, unimpressed by Itumbi’s utterances, wondering in which capacity he was speaking, seeing as he is not the official government spokesperson or a medic. 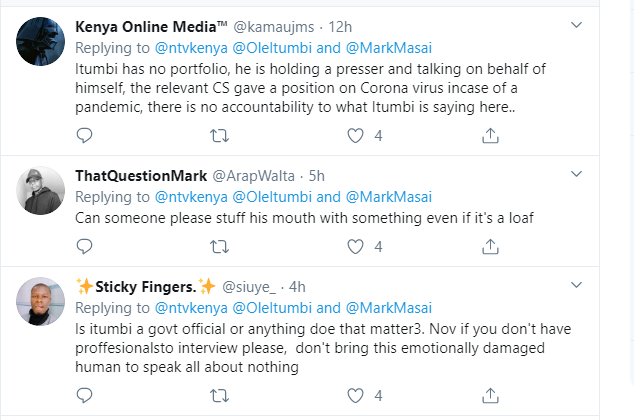 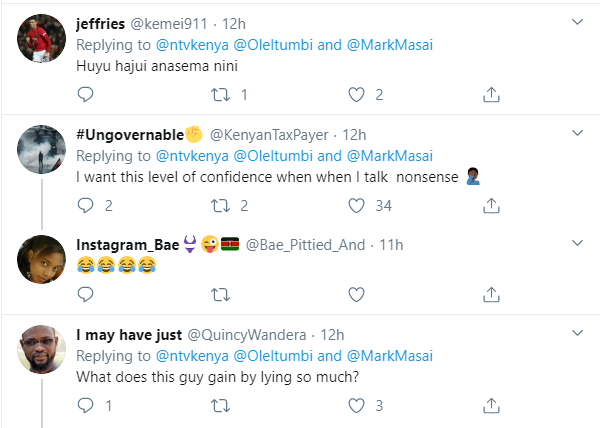 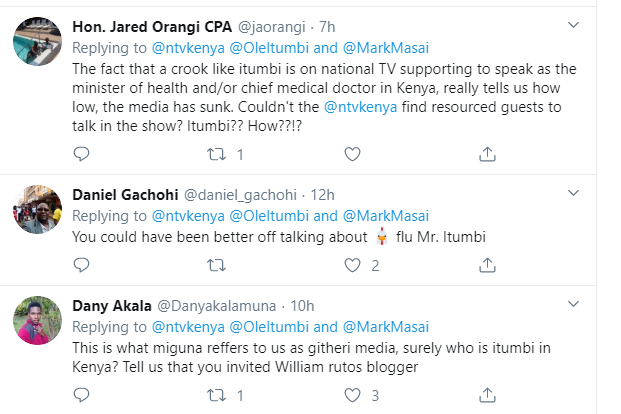 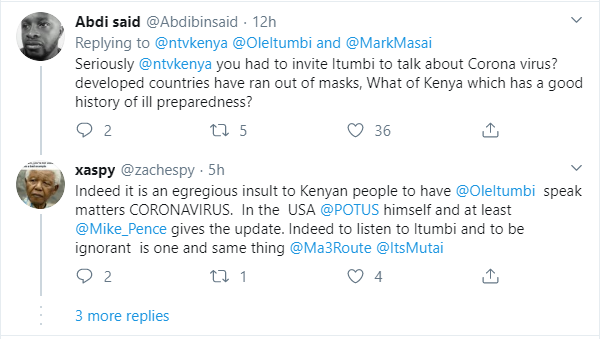 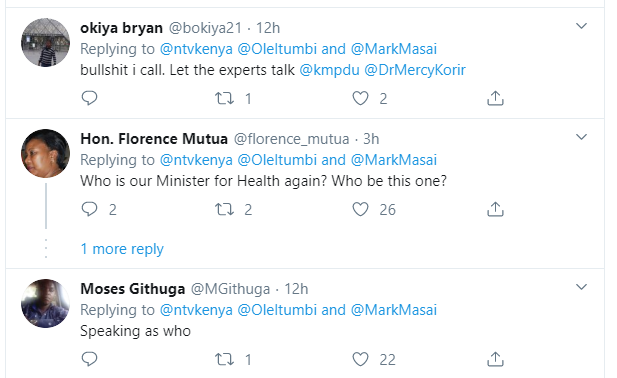 On Friday, the first case of Coronavirus was confirmed in the country, the victim being a Kenyan lady who travelled into the country from the US, via Europe.

Health CS Mutahi Kagwe made the revelation in a press conference, where he announced that the government had banned all public gatherings, in a bid to prevent the infection from spreading in the country.

Kagwe advised citizens to keep a one-metre distance from anyone coughing or sneezing abnormally, but to continue with their lives as usual.

BREAKING: Mutahi Kagwe: Ministry of health has confirmed the first coronavirus case in Kenya. The Kenyan citizen returning from the US to Nairobi via London on 5th March. She was confirmed positive by the national influenza lab. However, the patient is stable pic.twitter.com/zvcIqywu4U