Manchester United legend Rio Ferdinand has confessed he was wrong about his earlier judgement on new signing Odion Ighalo.

Ferdinand claims that the Nigerian star’s hold-up plays offer United something that neither Marcus Rashford nor Anthony Martial can provide.

Ighalo brace ensured the Red Devils clamp Derby County 3-0 in their FA Cup fifth-round encounter on Thursday at iPro Stadium, tallying to three goals in his two starts for United.

The 30-year-old was not Solskjaer’s priority choices as the Norwegian was adamant to have Erling Braut Haaland and Joshua King. In fact, United were mocked for their last-minute capture of the Nigerian from Chinese club Shanghai Shenhua. 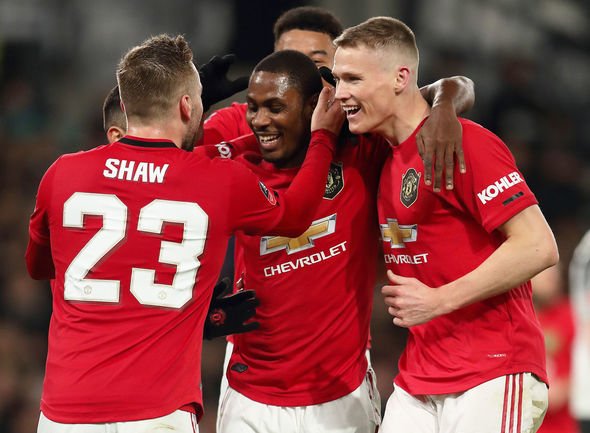 But Ighalo has dumbfounded public opinion and his love for the United has been utterly displayed with the revelation he has brought to the club.

And Ferdinand admits that he’s been won over by the Nigerian because he offers a different dimension to both Rashford and Martial. ‘People and myself included were probably thinking Odion Ighalo, where does he fit into all of this?’ said Ferdinand.

‘A point where they can focus and play into him from the midfield. He offers the platform to run off. Marcus Rashford and Anthony Martial want the ball in behind and not to bring people in. ‘When the ball gets played into him, if Rashford or Martial were there they wouldn’t have made themselves available like that,” he said over footage of his goal. To be there first is great considering the pressure he is under. He’s in the centre of goal and he’s a physical presence. That’s what he adds to this team.’

With Martial and Rashford still nursing injuries, Ighalo could be handed a start in the Sunday’s Manchester derby.