Liverpool are reportedly ready to offer a new contract to their full-back Virgil van Dijk.

Van Dijk joined Liverpool from Southampton in January 2018, and agreed on a new six-year deal with the Reds in September last year.

The Dutchman has played a key role in Liverpool’s success in the last two years, ensuring the Reds finished as runners-up in the league and lifted the Champions League title. 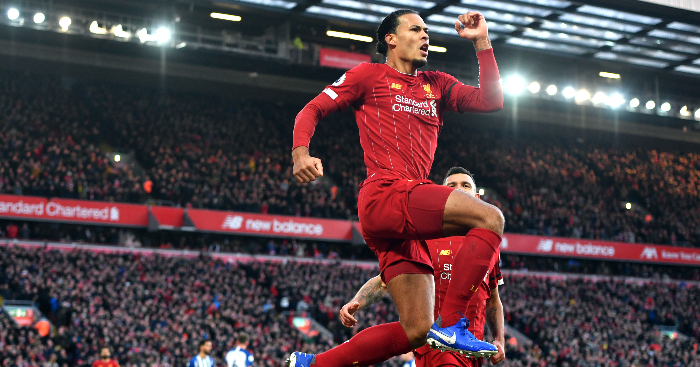 His superb display has continued in this season and Liverpool are on the verge of being crowned league champions for the first time since 1990.

Mohamed Salah, Roberto Firminho and Sadio Mane have all received their fair share of reward, and it is likely the Dutch star could be the next to be appreciated.

It is understood no contract talks have begun yet even as title charge remains in progress. But the situation may be well revisited in the summer.

According to The Mirror, any new deal for Van Dijk could make him the highest-paid defender in world football.

It comes after talkSPORT earlier this month reported that the Reds will offer Van Dijk a deal worth in the region of £50million.

Van Dijk has played every single minute of the 37 appearances (all competitions) he has made in this season so far.