Arsenal became the first English side to be kicked out of the European competitions at the knockout stage when the went down 2-1 against Olympiacos at the Emirates Stadium.

The Gunners won the first leg 1-0 but could not breakdown a resolute backline from the Greeks. The away side went ahead through a Pape Cisse header from a corner kick. The defender was completely unmarked and made no mistake with the free header. 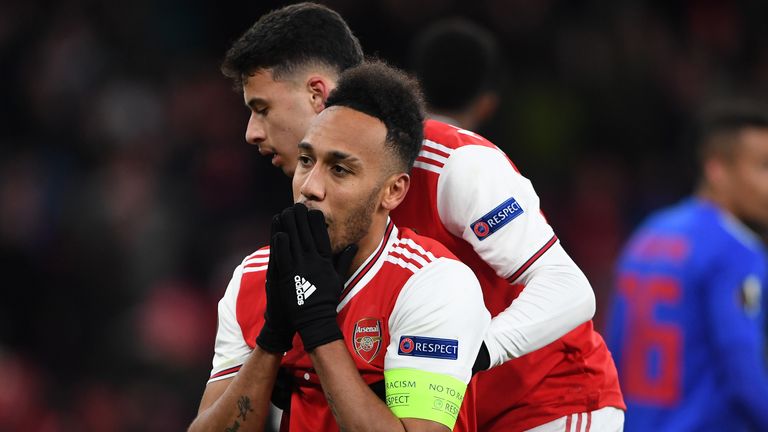 Arsenal wasted a couple of opportunities in the later stages and the match went into extra time. Pierre Emerick Aubameyang equalized for Arsenal in the second half of extra time and the Gunners looked certain to go through to the next round.

Olympiacos would, however, have the last laugh. Ganit Xhakamisht a backpass to Bernd Leno and the goalkeeper conceded a corner kick from which Youseff Elarabiscoed the winner for the Greeks.

There was still time for Pierre Aubameyang to miss a sitter in the final minute of extra time when a cross found him unmarked in the box. The result means that Arsenal has been knocked out of the competition at the earliest stage in three seasons and can only finish in the top four positions in the league to qualify for the Champions League next season.