Manchester United manager Ole Gunnar Solskjaer could perhaps be the happiest manager since the retirement of Sir Alex Ferguson in 2013.

The Norwegian coach took the helm from embattled Jose Mourinho at Old Trafford in December 2018, and was to serve as caretaker manager until a perfect replacement was found.

But his masterstroke awarded him a full-time job and has been there since. Towards the end of the season 2018-19, Solskjaer began to stumble and failed to steer up United to a top-four finish or even lifting any trophy. 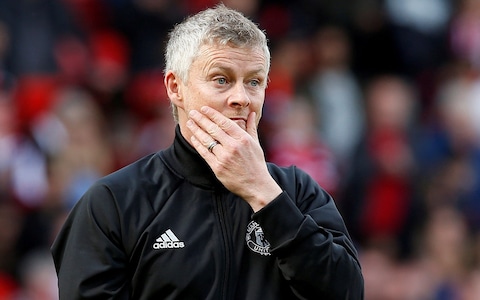 The signing of Bruno Fernandes and Odion Ighalo in the January transfer has been a revelation to the club, that had a reeling midfield and finishing force.

And now the Red Devils are fifth on the log with three points off the top-four bracket, raising hopes of sealing a Champions League spot this season- regardless of the outcome of appeal by Man City against the two-year Champions League ban.

United’s announcement that broadcasting revenue is down by £39m, representative of 37% year-on-year, and match-day revenue is down 15% was a further warning to Solskjaer that a return to the Champions League surely has to be the benchmark.

To reach that, Ed Woodward has once again spoken boldly about Solskjaer, declaring his intention to bolster the current youthful and talented squad with top signings.

If Woodward fulfils his promise, United could be in a better position to achieve their dream of reclaiming the former glory and be among Champions League regulars.