Rue Baby is described as the most controversial among the three daughters of Akothee. As she marked a year older, she held a kingly birthday party at Golden Ice Bistro.

As always, dressed in a white short dress,her mother, the president of single mothers, Akothee, was not left out. She also slayed like her daughter in the juicy party.

Check out the photos below of how the party went down;

Akothee is well known for her usual trend of spoiling her children when it comes to marking their birthdays in special ways.

During Rue’s 19th birthday, Akothee gifted her with a new Mazda CX-7 worth 1 Million. The party was said to have gone down at their ‘white house’ in Mombasa and it cost about Ksh.500,000.

Royal blue was her theme colours. Her family and friends also showed up in different royal blue outfits looking all stunning and classy. 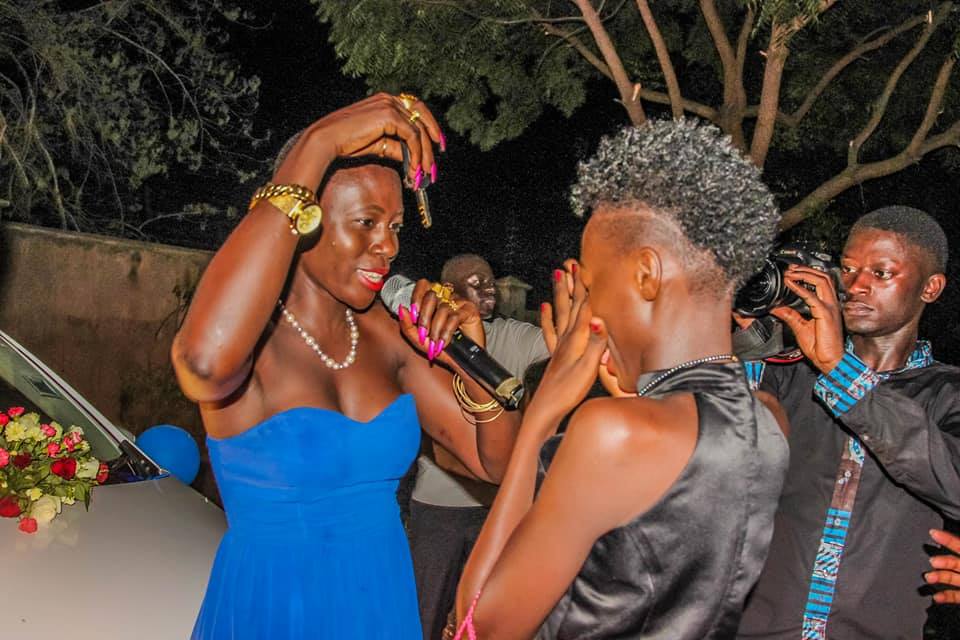 After Rue contested for Miss Universe 2019 and became the first runners up, her mother congratulated her by giving her an offer to go to Maldives.

However, Rue turned down the offer and instead asked her mum if she would afford to sponsor all the contestants who took part for a weekend because they all worked hard in the competition.

In response, her mother confessed that she could only afford to sponsor eight people. Five of her friends, two best friends and one fan. She also requested other companies to chip in, support the girls and make their dreams come true.

We may not be wrong if we conclude that Rue is her mom’s favorite for the many occasions they have been captured together and they seem to connect well compared to the other daughters.