The Kenya Wild life Services is on the spot after reports alleging that a stray lioness and two cubs have been spotted at the Inland Container Depot in Nairobi.

The standard digital posted an update with the caption; “A stray lioness and two cubs have been spotted at Inland Container Depot in Nairobi. @KWSKenya are yet to respond.#TembeaKenya”.

UPDATE: A stray lioness and two cubs have been spotted at Inland Container Depot in Nairobi. @kwskenya are yet to respond. #TembeaKenya pic.twitter.com/Q0tusSV0HZ

The story has however been dismissed with many claiming that it happened thousands of kilometers in India sensitizing that its an internet lie. 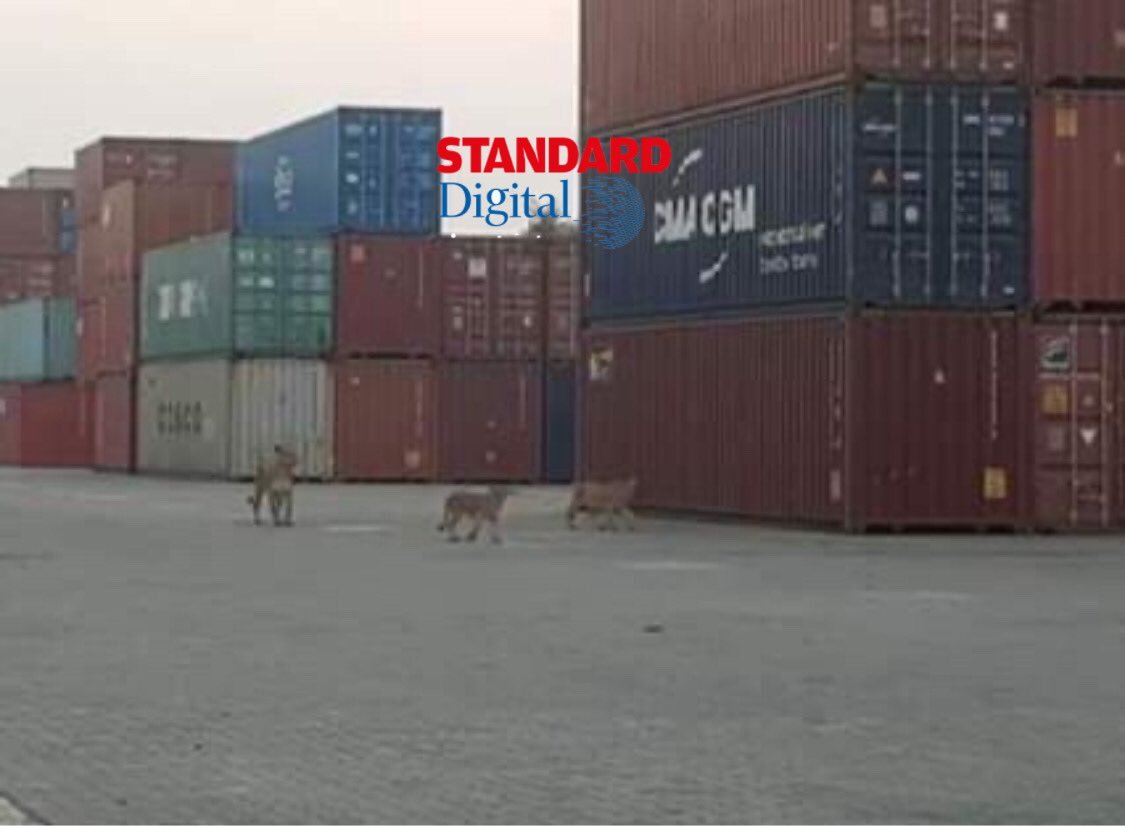 Clarification: Photo of lions supposedly at the Inland Container Depot, Nairobi, not taken in Kenya. pic.twitter.com/uDkyeR1Zhr

Interviewed by k24 on Thursday afternoon via phone, KWS have reportedly revealed that they could not confirm nor deny the authenticity of the claim. KWS communications director Paul Udoto said their officers are on the way to the scene to ascertain the claim.

“We are not sure whether the picture doing the rounds on social media is an old one, or was taken recently. We have sent our team to the ICD to verify the allegations. If true, we will seize the lioness and its cubs and take them back to the Nairobi National Park,” said Udoto.

In 2019 members of the public reported seeing lions near residential areas after a pride of lions  strayed from the Nairobi National Park and were spotted walking past the Africa Nazarene University in Tuala area.

KWS  then asked residents of Ongata Rongai to report to them if they sight the lions again.