In most African countries, lesbians are discriminated and viewed as an outcast.

A Nigerian lady identified as Shalom Titilayo Shoremi has been publically disowned by her family after she sought to get married to another woman.

The Shoremi Family decided to disown their daughter through a public notice published in the local newspaper. The notice included her image and the full name of the lady in question.

Shalom’s family went ahead to disassociate itself from her move to apply for the marriage and severed ties with her. They added that she wouldn’t be entitled to anything from the family inheritance.

“The attention of Shoremi family has been drawn to an application for a special marriage licence sought by Shalom T Shoremi, the family is disassociating itself from this move and has severed ties with her, “reads part of the notice.

“We also disown her o the grounds that what she planned to do is against the law in Nigeria, she will also not be entitled to anything from the family inheritance.” 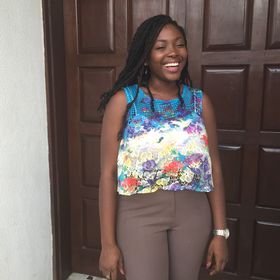 According to the notice, Shalom had requested for a special marriage license at the Federal Marriage Registry to allow her to consummate a same-sex marriage however, the request was denied.

“She had requested for a special marriage license at the federal marriage registry on the 22nd of March, 208 to allow her to consummate a same-sex marriage, which was rejected as it is in variance with the marriage Act of the Federal Republic of Nigeria,”

The same-sex marriage probation act of 2014 declares such a union illegal in the country and states 14 years imprisonment for those accused of being in same-sex relationships.

Here is the newspaper Ad