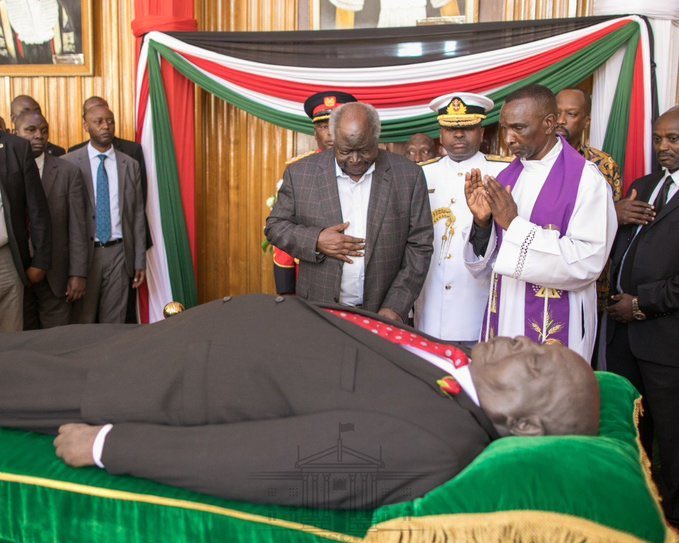 Retired president Mwai Kibaki was on Sunday pictured at the Parliament Buildings paying his last respects to his predecessor Daniel Arap Mwai.

Kibaki was driven to Parliament at 11.30 am amid tight security, with the media barred from showing live pictures of the event. This included KTN News, the only TV station with live coverage from Parliament where Moi’s body is lying-in-state.

According to media reports, the family of Kibaki requested the media not to take pictures of the retired head of state arriving at parliament, walking through the corridors of parliament and when viewing Moi’s body.

Journalists and other people in the corridors were ordered to leave with only top military officers and his handlers left to usher him in.

However, Opera News has obtained exclusive photos of the country’s third president at the Parliament Buildings where he also met with Moi’s family members, including sons Gideon (Baringo Senator) and Raymond (Rongai MP). 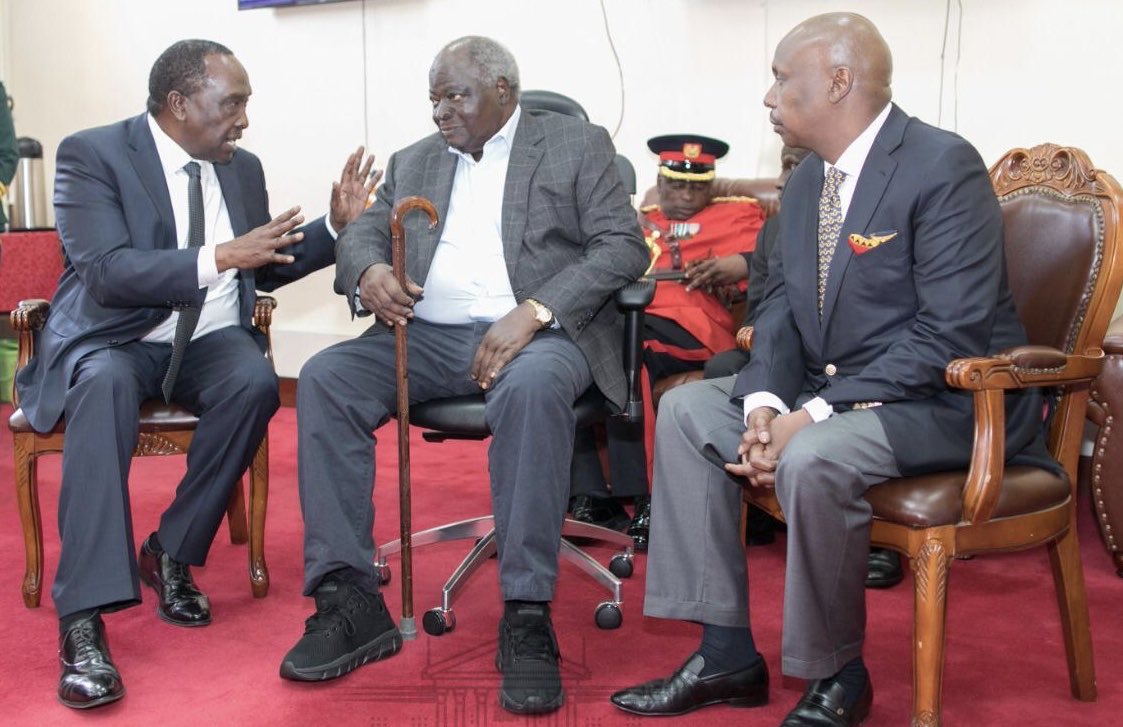 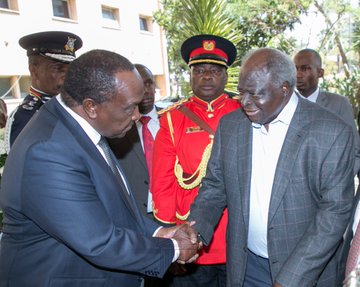 On Saturday, Kibaki’s office shared photos and videos of the former president signing a condolence book, the first time his images have been shared after a long time.

President Uhuru Kenyatta, First Lady Margaret Kenyatta, Deputy President William Ruto and members of the Cabinet were the first to view the body when it was unveiled to the public for the first time since Moi passed on last Tuesday at Nairobi Hospital.

The body of former Head of State has been lying-in-state at Parliament Buildings, Nairobi from Saturday, through to Monday, to allow the public to view.

An inter-denominational national memorial service led by the African Inland Church (AIC) will be held on Tuesday, February 11, at Nyayo Stadium. The former president will then be buried on Wednesday, February 12, at his Kabarak home.

He will be accorded full military honours, which include a 19-gun salute and martial music during the funeral procession.