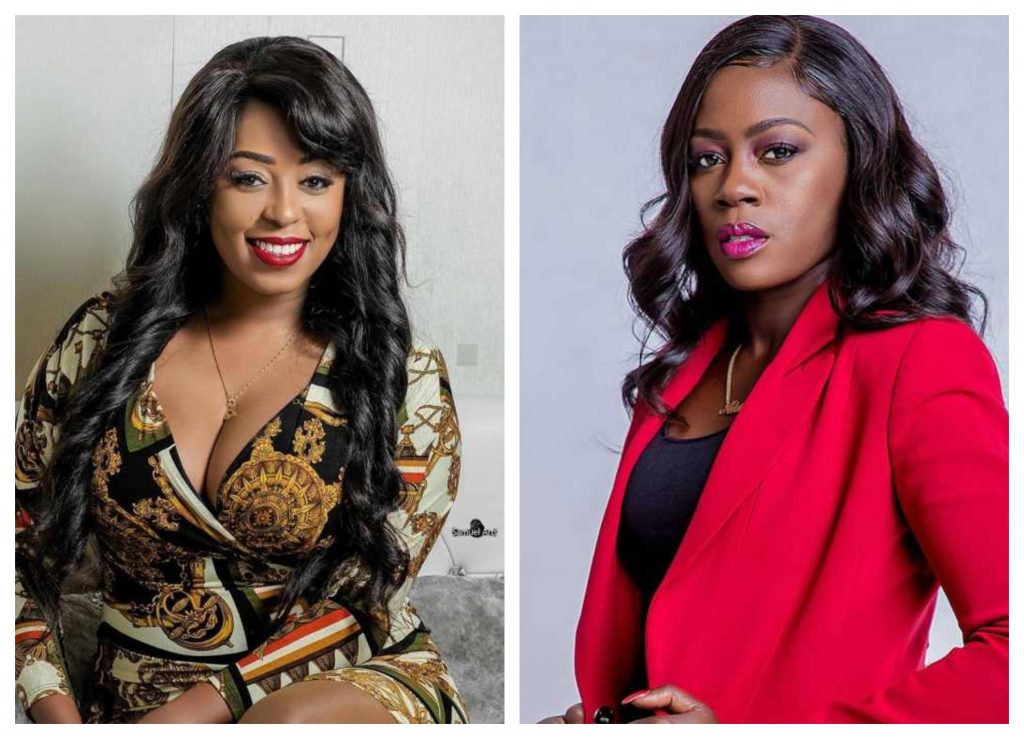 President of single mothers Akothee has publicly defended Lilian Muli after a section of Kenyans blasted her for sharing a kissing photo. The singer was forced to speak after a fan called out the citizen TV news anchor suggesting that she is misleading her followers.

According to the Instagram user Stephen Kariuki, it is sad that some young girls look up to the news anchor.  His statement implied that he was not impressed by the photo that Lilian had shared. In response to this statement, the media personality challenged the fan by asking him who looks up to him. 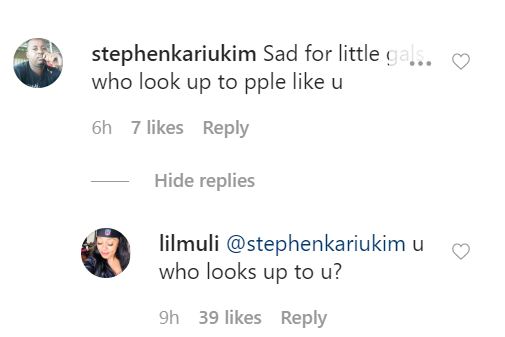 Akothee also jumped in the conversation to disagree with the fan saying that people should stop hanging responsibilities on top personalities just because they are in  the limelight.

The singer believes that parents are the ones expected to take full responsibility instead of piling up the  expectations on others. Akothee also suggested that Muli’s photo was better compared to what she is capable of doing.

“@stephenkariukim where is their own mothers ,charity begins at home, and stop hanging other people’s responsibilities on people who have achieved and living their lives, kwendeni huko, you can block their eyes to stop looking at them , cowards , I would do worse if I have a man ,wait 🏃‍♂️🏃‍♂️🏃‍♂️” she said

Known for her controversies, it is quite clear that Akothee is one of the celebrities who had no problem with Muli sharing the kissing photo. In fact, we can call the birds of the feathers since Akothee has at times shared photos and even videos of her kissing. 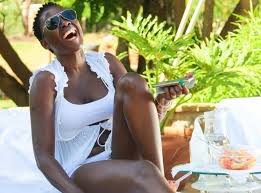 The news anchor’s photo with her mysterious lover did not just trigger Akothee’s reaction but has equally sparked up Kenyans to give their comments.

Some seemed to be curious to unmask the face of Muli’s lover while others seemed convinced that it was a photo of her and her baby daddy Jared Ombongi.

Check out the reactions

mary_wairish@stephenkariukim do pple still look up on other pple,😢

shirleyrige@stephenkariukim so pples lives to stop because young gals are looking up to them???Dont those young gals have female figures around them???Then again what’s wrong with this photo?

forevernaz@stephenkariukim what is wrong with kissing your lover.

purity_humphrey @stephenkariukim dont they have amother to look up to ?..do you pay lillian to be a role model to ur kids?

carolynegakuo@akotheekenya am with you here. She has a right to be happy and no one should interfere with that.