The Deputy president William Ruto while revealing the history of where he first crossed paths the with now passed  on former president Daniel Moi has, revealed that joining the famous Youth for KANU(YK92) resulted in his graduation, as a student of the University of Nairobi, being delayed for almost 10 years. 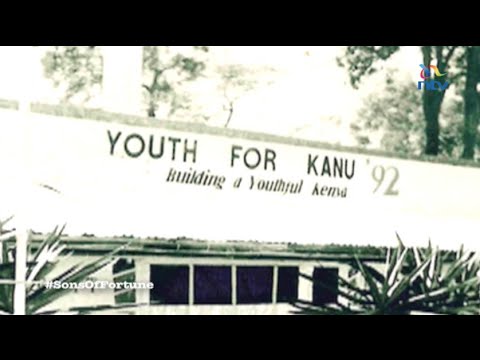 ….some youth galvanized themselves into this youth for KANU 1992 ..when the elections were around the corner and so we became a part of that movement ..then I was a first a year Masters student at the University of Nairobi and in fact because of joining the youth for KANU, ..my graduation as a student of Nairobi University masters degree was delayed for almost 10 years because i joined the youth for KANU and my academics were put on hold and that is how now we became part of this movement to support KANU at that time…

When asked what role he was playing, Ruto said, “..then I was the executive officer of youths for KANU..I used to have an office at the KICC”. 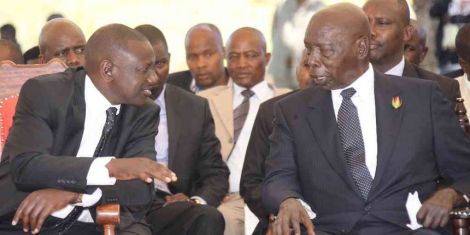 He further revealed they would start work from as early as 7.00pm and go upto 10.00pm.

William Ruto: Joining Youth for Kanu (YK92) lead to my graduation, as a student of the University of Nairobi, being delayed for almost 10 years. Then I was the Executive Officer for YK92 #Tonight pic.twitter.com/aCUfoxV1Qf

After graduating from University of Nairobi with a Bachelor of Science degree (Botany), Ruto ventured into politics where he got a chance to rub shoulders with the high and mighty.

In his earlier political life, Ruto quit Kanu and formed United Democratic Movement (UDM) with Cyrus Jirongo, Kipruto arap Kirwa and Fred Amayo, but later ditched his friends and went back to Kanu where Moi appointed him an assistant minister in the Office of the President where he worked closely with the then PS in charge of Provincial Administration and Internal Security Zakayo Cheruiyot.