The long wait has finally come to an end as Nyoro was sworn in on Friday afternoon in an event that was presided by Judge John Onyiego and the Kiambu County Secretary Martin Mbugua.

Nyoro proceeded to take the oath of office and signed the certificate of Inauguration as the new county boss as directed by the law.

The new governor was later presented with the instruments of power by the Mbugua in accordance with the protocol.

Jubilee party were among the first people to congratulate Nyoro on his new fete.

BREAKING: James Karanja Nyoro takes oath of office as he is sworn in as the Kiambu County Governor. pic.twitter.com/1aHkgcjWxd 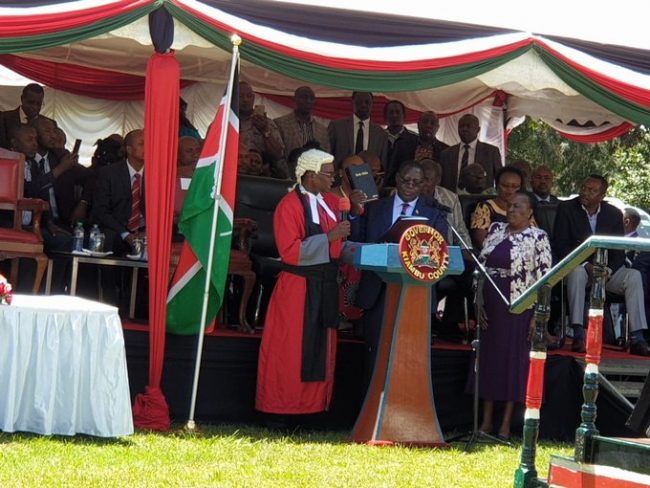 Nyoro’s day began on a high note after the High Court declined to stop the swearing-in of the former deputy governor.

The move came after the former Kiambu governor Ferdinand Waititu had moved to block the process while seeking a way to turn the impeachment decision made by the Senate.