A school Principal has caused an uproar after suspending 17 students for failing to sit an exam on Saturday.

Kabianga Secondary school principal Dr Joash Oloo cracked the whip on the students who he says defied school regulations by snubbing the test.

However, this goes against a landmark Court of Appeal ruling that settled the matter of freedom of worship in schools.

While Justice Lenaola ruled that SDA students had no right for ‘special’ treatment and that allowing them budging to their whims would only result in chaos.

The move would also be backed by then Attorney-General Prof Githu Muigai who avered that Kenya was a secular state and that students should be bound by School regulations at all times.

The decision would later be overturned by the Court of Appeal judges who maintained that every student had the liberty to exercise their religious rights at all times.

The single act by Principal Oloo to suspend the students, therefore, resurrects a matter that had been settled three years ago by a respected Court of Law.

Reacting to the suspension, the students’ lawyer Julius Mong’are Matonya directed the school Principal to revoke the suspensions within seven days or face legal action. 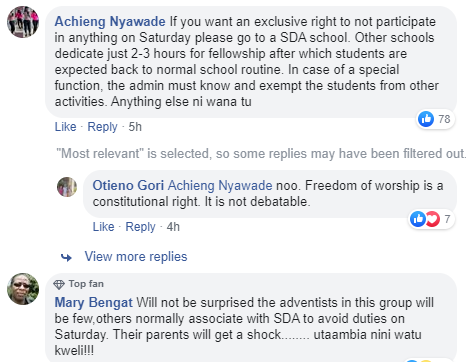 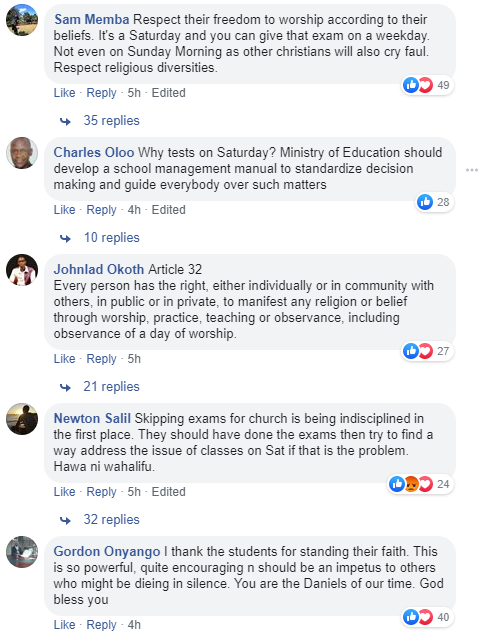