Embakasi East MP Babu Owino may be charged with another crime besides that of shooting a DJ in one of the high-end clubs in Nairobi.

In a video seen by Opera News, Babu Owino is seen smoking shisha, an illegal product that was banned in Kenya in 2017 before he goes ahead to shoot the DJ whose real name is Felix Orinda.

The incident which took place at B-Club located along Galana Road within Kilimani may open further investigations into the club management and Babu for he did not smoke while hiding or attempting to. 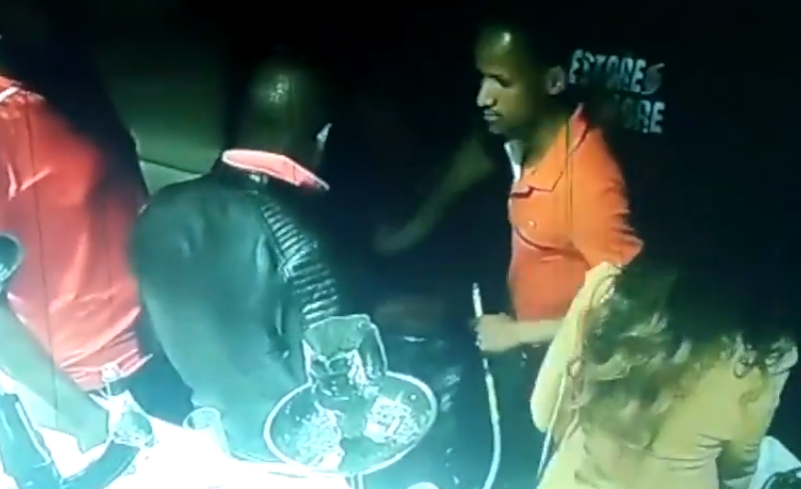 Police reports are yet to confirm whether his actions to shoot the DJ may have come as a result of being under the influence of shisha.

WATCH: CCTV footage of man believed to be Babu Owino shooting DJ at Nairobi’s B-Club, then dragging victim on the floor, taking him outside the nightclub. VIDEO | LENOX SENGRE pic.twitter.com/4uKu5moDJ8

According to the Kenyan government through the Ministry of Health, the use of shisha in the country was banned.

“No person shall import, manufacture, sell, offer for sale, use, advertise promote or distribute shisha in Kenya.”

A gazette notice seen by Opera News read in part.

The government’s Gazette notice warns that anyone found contravening the rules will be “liable to a fine not exceeding Ksh50,000, or to imprisonment for a term not exceeding six months or both.”

However, data released by the Kenya Tobacco Control Alliance (Ketca) in 2019 indicated that while many night clubs, bars and restaurants in Nairobi County have complied with the shisha ban introduced two years ago, an equal number are also still breaking the law.

“Overall, 82 per cent of the hospitality venues visited were found in compliance. However, there was considerable variation among the seven areas. The highest level of compliance was observed in Westlands (100 per cent),” noted Dr Salome Nyambura, a research consultant from Kenyatta University.