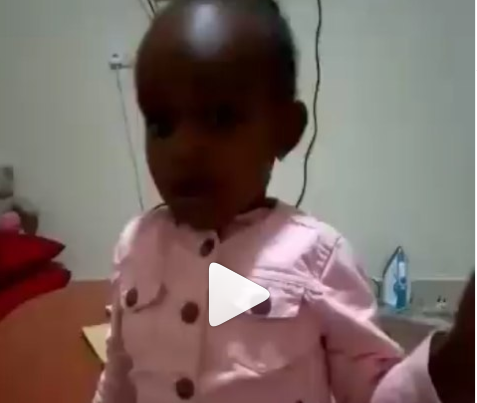 A young girl has excited Kenyans after a video of her telling her mother that she is tired of school surfaced online.

In the video making rounds all over social media, the young girl who looks younger than 7 years old is heard complaining about the struggles of school life.

The video has elicited a lot of laughter among Kenyans who can relate to her struggle. The fact that she is just starting off in life is what makes the situation even more hilarious.

While everyone is laughing, the young girl is extremely serious.

Check out the funny video below:

A funny video has emerged of a young girl telling her mother she’s tired of going to school.

Here are other funny reactions;

Wait for the new song of ochungulo “mabo ya shule sieezi” 😂😂😂

Y’all might be thinking eti she’s just a child she doesn’t know anything about ,She knows school issa scum,,she knows school is not her purpose ,,at that age she’s still in her true self she can say anything she feels from deep down her ,inshort she’s awoke asf😂😂😂😂😂😂no joke here