Gatundu South MP, Moses Kuria, Wednesday took Kenyans by surprise after announcing that he intended to vie for the position of Secretary General in the upcoming Jubilee Party elections.

The legislator who shared a campaign poster indicating his bid on social media, could not resist mocking President Uhuru Kenyatta on his recent decision to fire his Tangatanga counterpart, Mwangi Kiunjuri from Cabinet.

In his announcement, Kuria also indicated that he was interested in cinching a position in cabinet.

“Hon Moses Kuria HSC for Secretary General,” the poster read in bold, with his mockery of Cabinet following as a subscript. 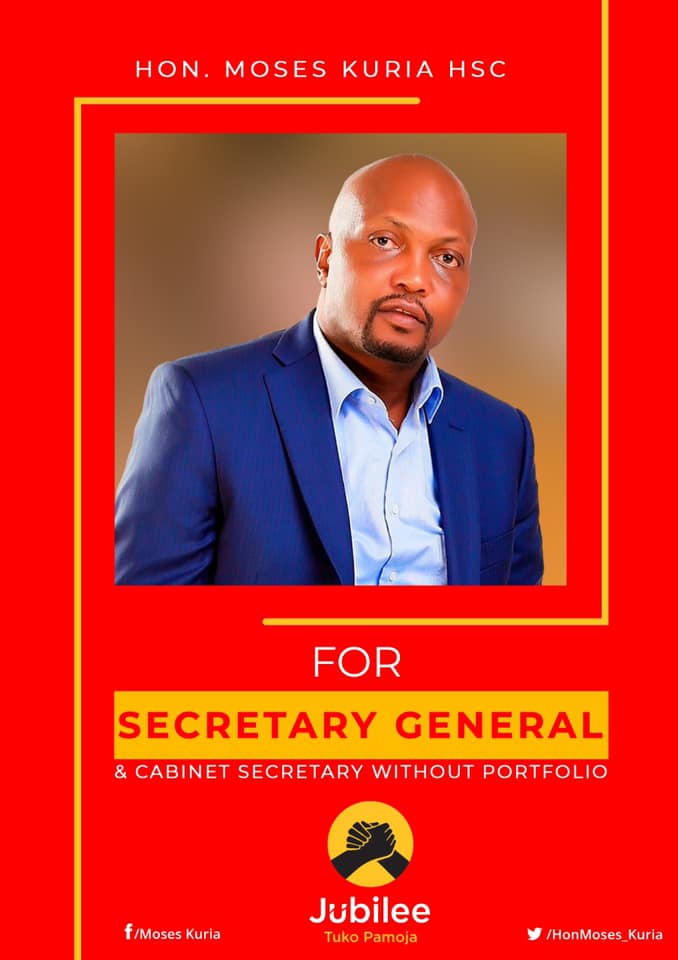 The Ruto ally’s Jubilee Secretary General intentions dispell claims that had recently cropped up, that the Deputy President and his team were planning to break away from Jubilee, and form their own political party ahead of the 2022 General Election.

Ruto and Uhuru’s dramatic fallout came into the full glare of the public late 2019, after the head of state and ODM leader Raila Odinga embarked on building bridges through their controversial BBI  initiative.

Ruto and his camp, however, maintain that although originally well-meant, the BBI process was at some point hijacked and turned into a Raila-stepping stone onto the presidential throne in 2022.