Barcelona fans have taken to social media to express their joy after head coach Ernesto Valverde was dismissed by the club on Monday night.

The Spanish tactician’s stay at the club came to an end after endless calls from club faithful for the club hierarchy to fire him. He has since been replaced by 61-year old former Real Betis boss Quique Setién. 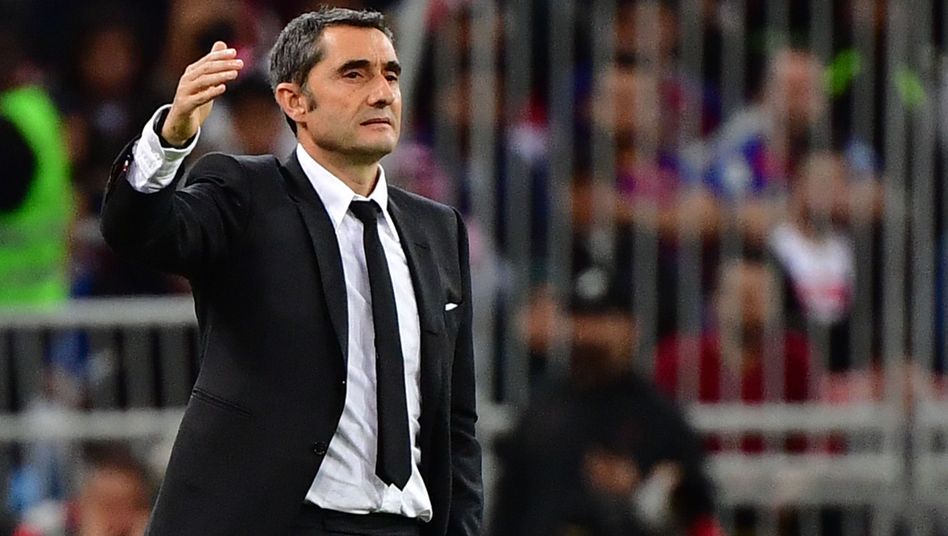 Barca settled on Setien after their efforts to bring back former skipper Xavi Hernandez hit a snag. Xavi is the head coach at Qatar Stars League side, Al Sadd. He played for the side and when he retired he took over as boss.

Ernesto took over as Barca boss in May 2017 as a replacement for Luis Henrique. He won two Laliga titles during his time at the club but failure to Europe but him at loggerheads with the club supporters. His side was ousted by AS Roma during the 2017-18 and suffered the same fate in the hands of Liverpool the following season.

His fate was sealed last week when his team threw away a lead to lose to Atletico Madrid in the Spanish Super Cup semis. Fans went all out calling for his sacking and Barca unsuccessfully tried to bring back Xavi and on Monday they announced that they had settled on Setien.

The announcement of Valverde’s departure was met with jubilation from Barca supporters who went all put to express their delight at his sacking by the Catalunya club.

When I think about it, it’s thanks to Qatari fans Valverde is gone #ValverdeOut pic.twitter.com/YyXlTIYdZZ

At long last, I can now have some high hopes now that he’s out #ValverdeOut pic.twitter.com/WaIFhYBPf6

Official statement is taking too long. We have been patient for so long that now patience isn't with us. I am celebrating now.
Let's trend #ValverdeOut once again showing our respect to Lord Valverde.
While the world waits for official notice, we celebrate.
Thank u and goodbye. pic.twitter.com/B6nIsVXUxp

BREAKING: Ernesto Valverde has been sacked as Barcelona coach!

We don't negotiate with terrorist!!!!! Off you go and never comeback Valverde.#ValverdeOut pic.twitter.com/QJc37MPsmP