Embakasi East Member of parliament on Sunday afternoon had an advice for William Ruto after learning that he had been sent out of his official residence at the coast.

Babu Owino, in a satirical tone, seemed to celebrate the troubles that his political opponent, the deputy president is facing. 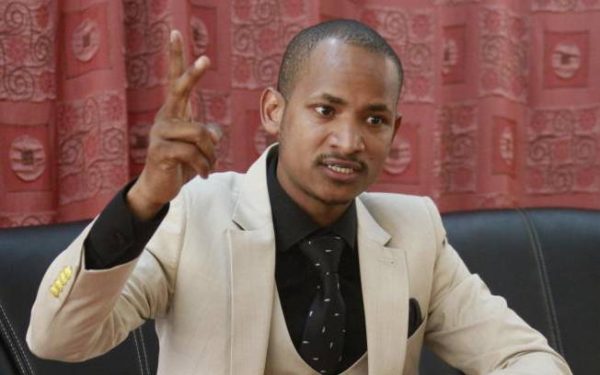 In an Instagram post, the outspoken legislator gave the DP options of places he could seek refuge after being left without an official home at the coast.

He directed him to seek accommodation in the many hotels that he owns in some of the major towns.

The Deputy President can stay at one of his many hotels in kenya worth billions of shillings which was bought with stolen money if he feels locked out of his official residence.Lets not blame President Uhuru at a time when he’s dealing with a thief.May the President take his clothes and shoes too.

Lately, Babu has launched a series of attacks to Ruto and his camp.

On Saturday, he broke the internet after vulgar remarks he made to Kandara Member of Parliament Alice Wahome.

In a social media post, Babu threatened to shave every hair on Wahome’s body if she continues to disrespect Raila Odinga and President Uhuru Kenyatta.

The threat he issued not only angered his opponents but also his one time best friend, Esther Passaris.

Even though they belong to the same ODM party, Passaris could not withstand the uncouth behaviour from Babu.

Babu respect women. You can only shave your wife not a fellow legislator, or any other woman without their explicit consent. Any action to the contrary will be an act of defilement. I am extremely disappointed with this post. Pull it down. There're boundaries we should not cross. https://t.co/teHRSnDwWY

According to Passaris the MP ought to have respect for Wahome and women at large.

She went ahead to state that the remarks from hi could amount to defilement on a woman.

Alice Wahome herself termed Babu’s sentiments as unworthy of her response.