Deputy President William Ruto’s key man revealed that he feared for his life.

Kisii Deputy Governor Joash Maangi claimed that someone or some powerful people are out to kill him.

Through a Facebook post, Maangi proclaimed that he was trailed by unknown people on three separate occasions. 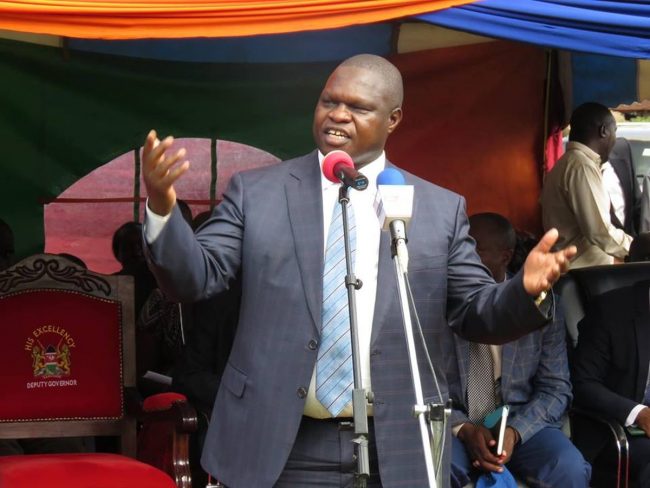 He further noted that he had received threats in regards to his gubernatorial bid come 2022.

“On Wednesday, an officer with the county government told one of my friends that one of my 2022 gubernatorial candidates will harm me and blame the Kisii county governor for it,” remarked Maangi.

According to the politician, details of his vehicle was posted on social media by an unknown person as he travelled to Narok.

“On Tuesday evening while travelling to Nairobi, somebody posted on social media that I was being trailed and will be arrested once I reach Narok and went even further to give all the specific details of the car I was travelling in,” read a part of the post.

The deputy governor highlighted that 12 police officers were deployed at his home in a bid to intimidate him.

He noted that the authorities had made their way to his residence with a tow truck in order to take away the county government allocated vehicles.

The ex-ODM member articulated that his staff stepped in and allowed the officers to get the vehicles without causing a scene in the area.

The vocal politician urged for Kenyans to pray for him over the matter as he no longer felt safe.

Maangi caused a stir when he opted to jump ship and join Ruto’s camp.

Two months ago, the DG explained that the reason for his move was due to having a very close relationship with DP Ruto both personal and political relationship.

The Gusii land leader cited that the second in command came to his aide in the past when he wanted to travel out of the country.

“My relationship with Deputy President Dr William Ruto has been both personal and political. We have been friends for a long time way back from 1992. It is common knowledge that when I was going to America in 1997 he gave me a ticket. There is nothing wrong with that. We are good friends,” uttered Maangi.

Considering his move to Jubilee, it was insinuated that Maangi dealt a huge blow to the Raila Odinga led party ahead of the 2022 general Elections.