It’s barely less than a week after Willis and Marya Raburu lost their firstborn, Adana.

Willis had announced this on his social media platforms and added that he will be taking a break from work so that they can be able to focus on healing.

Today, Mrs Raburu shared an emotional post on her Instagram story that expressed how frustrated she is. Mrs Raburu who is known to be a staunch Christian declared she does not know God anymore after taking her daughter away.

“So as they say you should know God for yourself. I now can say, I don’t know him. And I don’t think I want to know him coz he left me when I needed him the most,” she stated. 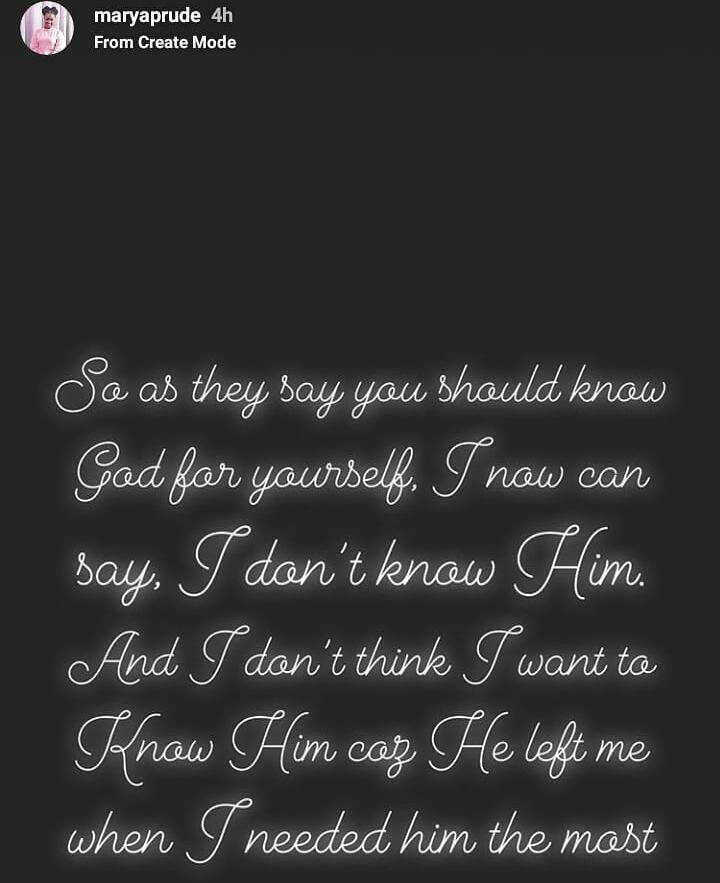 This comes after their fans had pressured them that it was the high time for them to start their family.

“However, I will say this, society does put a lot of pressure on people to bring forth children and it’s okay, but we all have to be sensitive to people’s feelings because you never know what they have been through or are going through. We must, therefore, articulate our desires with a dose of sensitivity,” he said in an interview with Word Is.

The Citizen News Anchor admitted that he is looking forward to the day he would be called daddy.

“I am looking forward to the day I will hear a little angel call me daddy. My father has taught me so much and I have had such an example from him, so I am eager to one day build on that with the help of God to be the best father I can be,” Willis Raburu stated.