Elgeyo Marakwet senator Kipchumba Murkomen’s move to defend embattled lawyer Miguna Miguna against alleged government interference in his trip to Kenya has flung the politician into the centre of controversy.

Murkomen on Wednesday termed the frustrations Miguna has experienced in his attempts to travel back to Kenya since Jan. 7 as an indication of how politicians have been playing mind games with Kenyans in the name of building bridges.

“The frustrations @MigunaMiguna is facing epitomizes the hypocrisy of Kenyan politics of “change”& “Kenya Mpya”. It paints ugly BBI&handshake,” Murkomen had tweeted.

The frustrations @MigunaMiguna is facing epitomizes the hypocrisy of Kenyan politics of “change”& “Kenya Mpya”. It paints ugly BBI&handshake. If we can’t embrace MM with his divergent ideas how shall we pretend to unite a nation?MM should facilitated as we should&not frustrated

However, Kenyans on Twitter were quick to call out the lawyer on his changed stance on Miguna’s right to be in the country.

Many wondered why Murkomen, all of a sudden, appeared to be on Miguna’s side while in 2018, he was one of the leaders who were a tad too happy to see the lawyer deported. 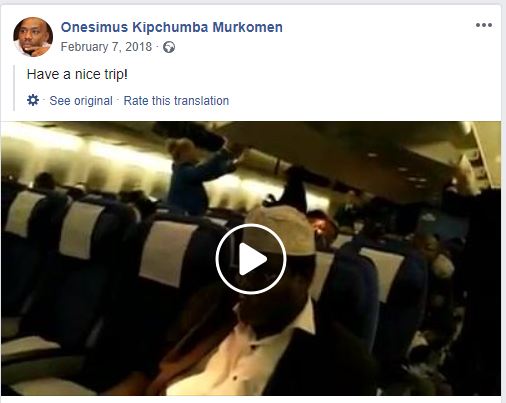 According to his followers, being the leader of the majority in the Senate, and a close ally of Deputy President William Ruto, the legislator is in a position to actually take action and assist the stranded politician gain access to Kenya. 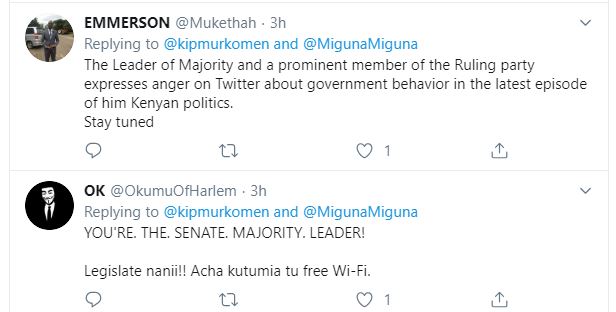 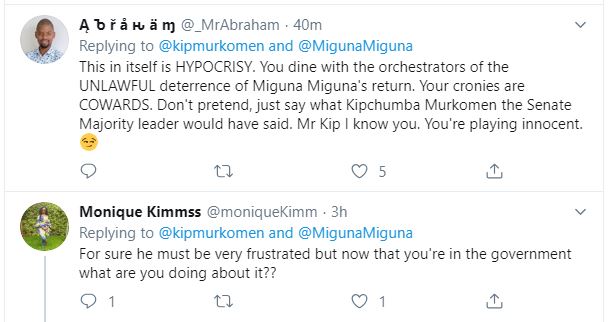 Others, however, hailed Murkomen for putting across a valid point about the need for the country to accept Miguna back as a demonstration to the commitment to the idea of unity.

Miguna is still abroad despite having embarked on a return trip to the country on Jan. 7.

He has so far suffered two aborted attempts to get back home after being barred from boarding a Lufthansa flight and being kicked out of an Air France plane destined for Kenya on Monday and Tuesday respectively.