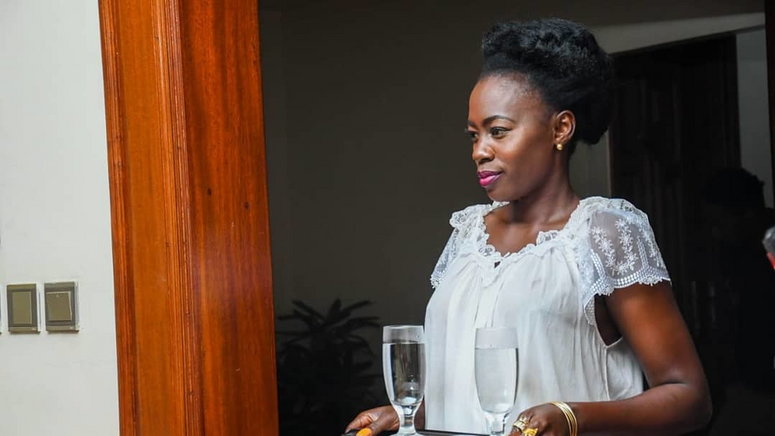 While most have jumped into the new year with enthusiasm, the mother of five is at a loss for the mysterious disappearance of one of her favourite designer jackets.

You have seen Akothee in this designer jacket at least a couple of times on the gram.

Many recognize Akothee as one of the wealthiest Kenyan artist’s and she wears the most expensive designer outfits. For example, for the Afrimma awards ceremony, the flamboyant star wore a designer guess dress.

I DID MY OWN MAKE UP NOW COME BEAT ME ,BUT I AM HOLDING POSITION EAST AFRICA QUEEN 2019 😂😂😂😂 if I waited for the professional make up artists I would have missed my 6minutes performance 🤔🤔 which one is more important?l🤷‍♂️🤷‍♂️😂😂😂 , Because you all know how beautiful I am with or without make up😂😂😂😂 My friend if you are pretty ,you are pretty ❤ I had to do what I had to do 😂😂😂😂 You all talking about make up 🤷‍♂️no one is seing my red Expensive red dress from #guess, stop diverting from the topic and congratulate me for 2019 Job well done ,witchcraft started like this 😂😂😂 even a donkey works hard and has never slept inside the homes he helped the owners built. Forget about buying a sandle ,a donkey is still loyal to his master .#DEEP Rollam is ahit thank you @afrimma and ❤❤❤ for my fans, go tell your family Akothees home coming crowning of the year will be announced shortly ❤❤❤❤❤🙏🏾🙏🏾🙏🏾 Position BEST FEMALE ARTIST NOT BEST MAKE UP ARTIST (stop making noise and type congratulations 😂😂😂😂😂😂

The disappearance of this jacket has however rubbed Akothee the wrong way. According to her revelation, she bought the winter jacket from Burberry London for 1,595 pounds. When converted into Kenyan shillings, that’s a little over Ksh.210,000.

She revealed that it was actually her daughter who lost it.

“One of my daughters must have misplaced my jacket, or one of their friends carried it from their house my winter jacket 😭😭😭, I don’t want to mention her name please if you know my daughter forgot my expensive winter jacket in your wood or you picked it! Please, Abeg 😭😭😭, you don’t need this kind of jacket in Kenya, there is no winter,” she said painfully. 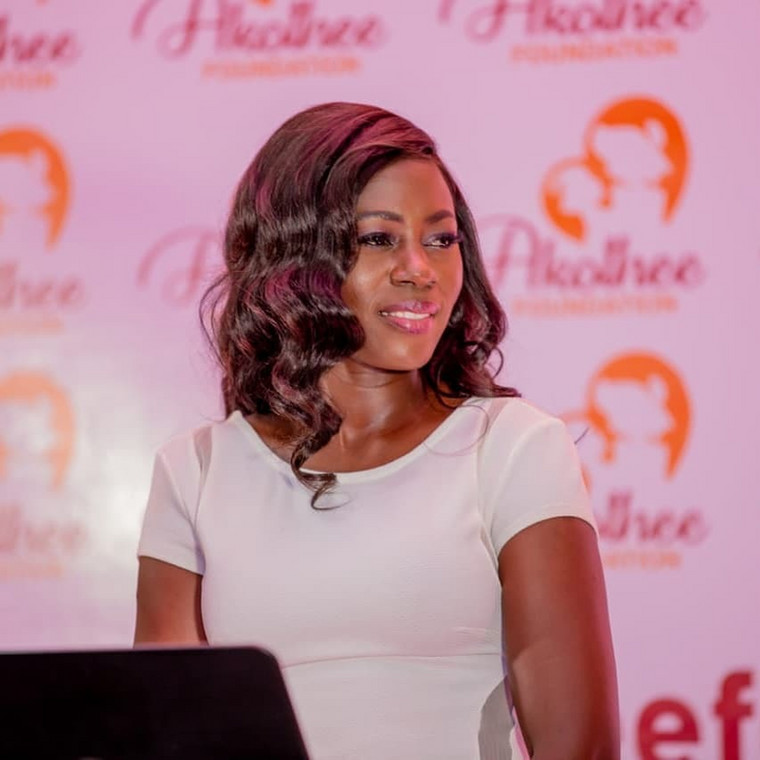 Akothee has resorted to offering anyone who gets the jacket back to her a whopping amount of Ksh. 20,000 as a reward.

That is enough money to sort so many people out this dry njaanuary. So if you know its whereabouts, go get your cheque.

She finished off the post saying, ” secondly if you are visiting my daughters, I hate seing my cloths on social media with people I dont know ! I leave my cloths in my daughters hostel just for them to feel mommy’s presence 🙄🙄🙄, and you are there slaying with my clothes! I will undress you one day ⛔ WHO SHARES CLOTHS IN THIS GENERATION.” 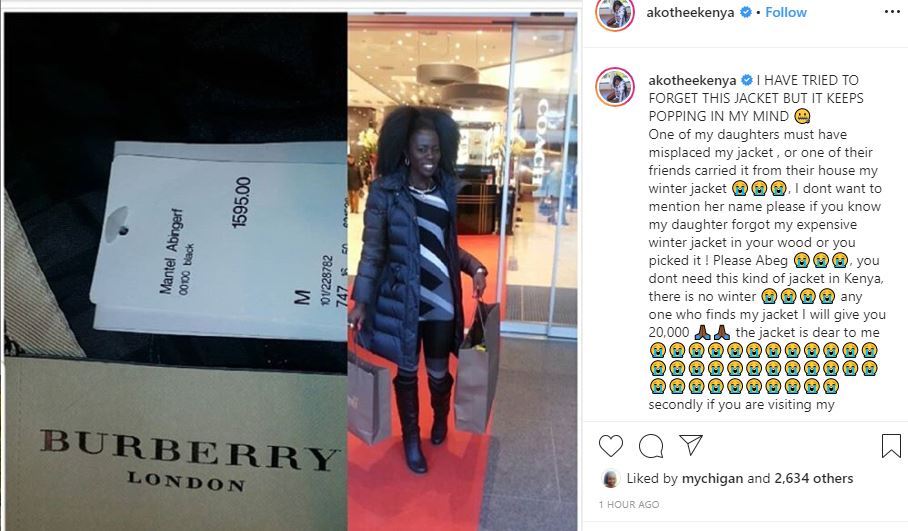