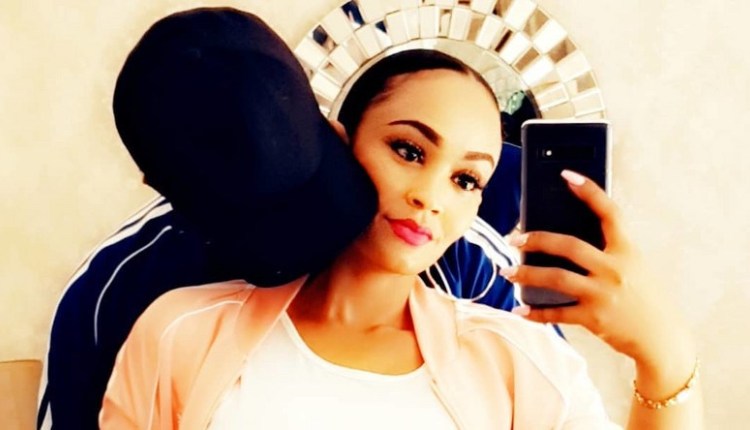 Ugandan businesswoman Zari Hassan has yet again sent a stunning warning to her haters.

Taking to her instastories, Zari cautioned haters against stalking her King Bae but instead, they should focus on her.

According to Zari, Cedric is not a ‘public figure’.

“Compliments of the year and hoping y’all enjoyed the season May i request tupunguze namna mnafatilia Cedric it’s out of line with the level of stalking you are doig.I’m your person not him. Let’s not cross the line.” reads part of Zari’s instastory.

Zari found herself on the lips of many after a video of her and King Bae resurfaced online which triggered netizens to find more about her King Bae. 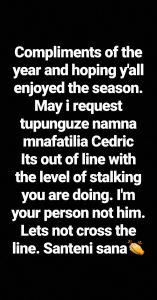 In a video that is trending online, Zari Hassan romantically kisses Cedric Fourie, popularly known as King Bae, on the lips while at a club in Zimbabwe.

Zari, a mother of five, has always kept King Bae’s face hidden from the public.

Even when she shared videos or photos of him, the face would be hidden until recently when he was busted.

Who is King Bae?

However, there has been a wave of reports on social media claiming that he is gay.

According to the South African website Briefly. za, Cedric Fourie is a proud member of the LGBTIQ+ community and a caring father to one son born in 2015. So, far, not much is known about his son’s mother.

Below is a live video of renown South African actor Lasizwe Dambuza referring to himself as Cedric Fourie’s boyfriend.

Zari moved on to Cedric Fourie after falling out with her former boyfriend and baby daddy Diamond Platnumz.

The two separated on February 14th, 2018. She has dated several other men in the past.