KCAA had closed the airstrip following an attempted terror attack by Al Shabaab militants at the facility.

“Kenya Civil Aviation Authority (KCAA) wishes to notify aviation stakeholders and members of the public that after the early morning incident in Lamu County, the temporary closure of Lamu Civilian Airstrip operated by Kenya Airports Authority (KAA) has been lifted allowing for normal operations to resume,” KCAA Director General Captain Gilbert Kibe said in a statement.

In a statement announcing the closure of the airstrip, Captain Kibe said that KCAA was accessing the disruption and would advice on the way forward.

“We have suspended civilian aircrafts to that airstrip indefinitely. We are accessing disruption and would advise over its opening later,” Captain Kibe had said. 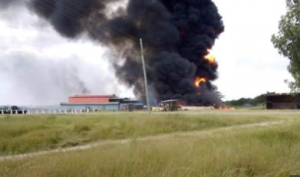 The move affected passenger flight operations with two airlines, Fly540 and Skyward Express, canceling flights to and from Lamu.

“Please note that Manda Airsport has been closed till further notice. All flights to and from Lamu are hereby cancelled,” Fly540 said in a statement shared on twitter.

Skyward Express on the other hand said “We regret to inform passengers traveling with us in and out of Lamu that the airport has been closed until further notice.”