Sunday morning attack on Camp Simba, a US military base in Lamu county, is not connected to current events in the Middle East, Al Shabaab spokesman have confirmed.

The attack, that comes in the aftermath of threats for revenge following the assassination of Iranian top military general Qasem Soleimani, is reported  to have begun at around 4 am and lasted for a few hours.

UPDATE: #AlShabaab spokesman tells @AJEnglish Sunday morning attack on Camp Simba, a US military base in #Kenya's Lamu county, is not connected to current events in the Middle East.

BREAKING: Al-Shabaab say they have launched a dawn attack on Kenya/US military base in Lamu County. A suicide car bomb reportedly breached the entry to Camp Simba, Manda Bay. The explosion sent plume of dark smoke into the sky.
Photos ~ Courtesy pic.twitter.com/bMNNYW2ncY

As at 9 am, reports said that there was still active shooting in or around the camp. 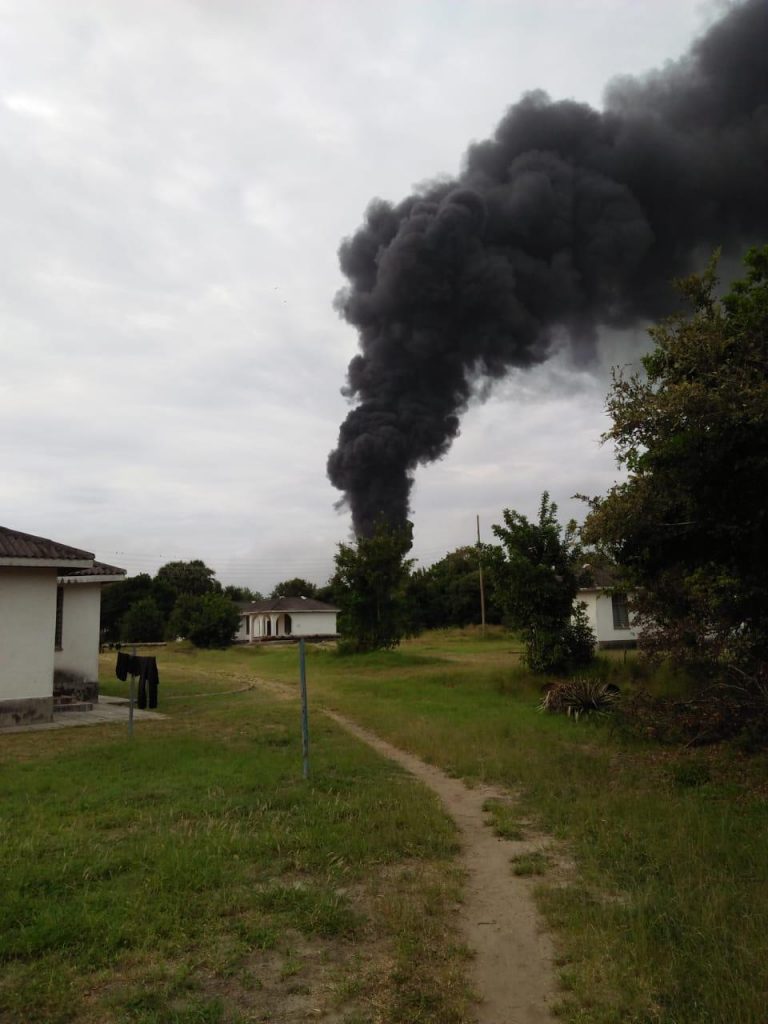 A huge plume of smoke could be seen early Sunday morning emerging from the military base.

Al-Shabaab claimed responsibility for the attack in a statement, saying they had successfully stormed the heavily guarded military base and have now taken effective control of part of the base. 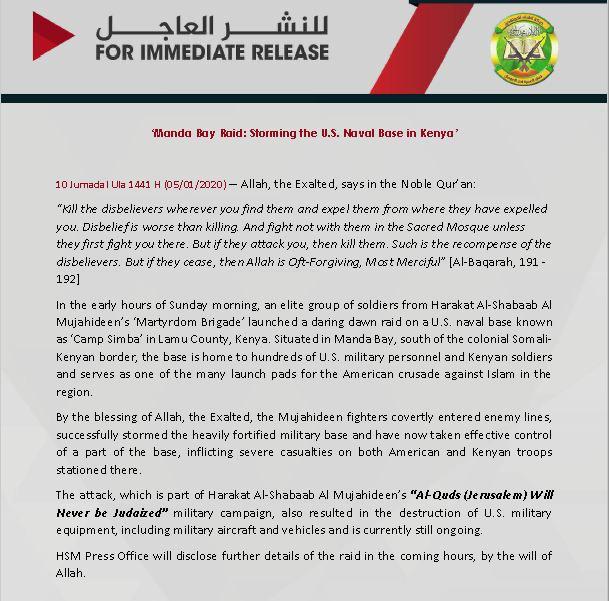 The militants also claimed that there had been casualties, however this could not be verified.

Iran had promised to take revenge against the US for killing general Qassem Soleimani on Friday, setting the scene for retaliatory attacks throughout the region and beyond.

Us had accused Soleiman of orchestrating vicious attacks targetting its citizens and interests in the Middle East.