Leicester have had a bid in excess of £25.5m for defender Merih Demiral rejected by Juventus, according to Sky in Italy.

The Italian champions are also reported to have turned down an offer of £34m from Borussia Dortmund for the 21-year-old. 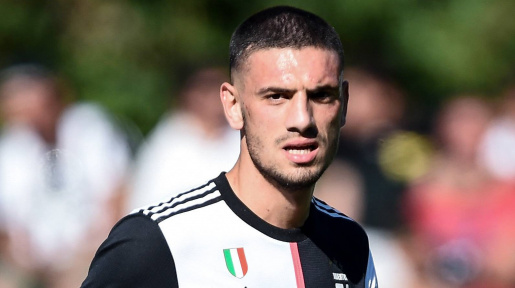 Demiral joined Juventus from fellow Serie A side Sassuolo in July but has struggled to make an impact in Turin, playing just five times.

He is predominantly a centre-back but can also play at right-back, and has 12 caps for Turkey.

Leicester have predominantly relied on Jonny Evans and Caglar Soyuncu in the centre of defence this season, with the pair making 49 appearances between them in all competitions.

They have helped the Foxes earn the second-best defensive record in the Premier League, conceding just 19 goals in 21 games.

Brendan Rodgers says no players from his Leicester squad will be sold in the January transfer window unless the club wants them to go.

James Maddison has been heavily linked with a move to Manchester United, while defender Ben Chilwell is reported to be on the radar of several clubs.

“Nobody will leave here that we don’t want to go. I think we’ve had a couple of enquiries in terms of loans and for some of our younger players.

“But the players that are always talked about and mentioned, there will be nobody going,” he said.