Liverpool are locked in talks over a stunning £65million move for Sevilla defender Diego Carlos as Jurgen Klopp looks to sign a long-term partner for Virgil van Dijk.

Van Dijk has struggled to forge a regular partnership with any of his fellow centre-backs since his arrival in January 2018. Joe Gomez, Joel Matip and Dejan Lovren have all suffered a series of niggling injuries that have prevented any of them from securing regular game time.

That has led Klopp and sporting director Michael Edwards to contemplate buying a centre-back and reports in Spain suggest Carlos is their preferred target.

Spanish outlet El Desmarque claims that the Reds are in negotiations with Sevilla for the 26-year-old, who has caught the eye with a series of impressive performances this season and are willing to meet his £65m release clause.

The Brazilian joined Sevilla from Ligue 1 side Nantes for just £13.5m in the summer but his value has significantly increased due to his form. 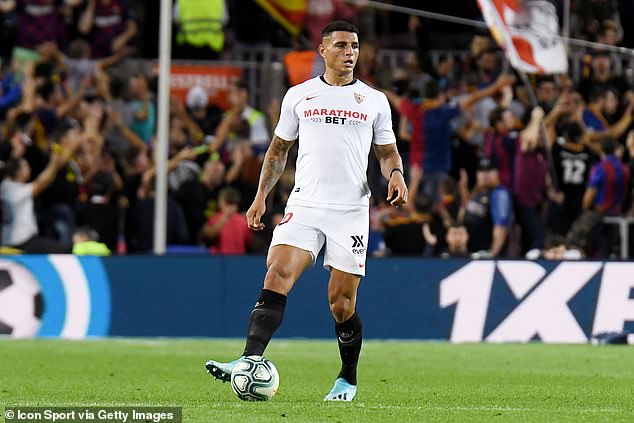 The report claims that Real Madrid are also interested in Carlos and see him as the long-term replacement for club legend Sergio Ramos.

Carlos has played all but 15 minutes of Sevilla’s La Liga campaign this season, helping them to third place in the table.

As well as bringing new faces into the club, Klopp is also desperate to keep hold of Adam Lallana for another season with the midfielder’s contract expiring in the summer.

The England international can sign a pre-contract on Wednesday with a club abroad.