The Italian giants are watching developments closely with Arsenal facing up to the grim reality of having to sell their top scorer next summer. 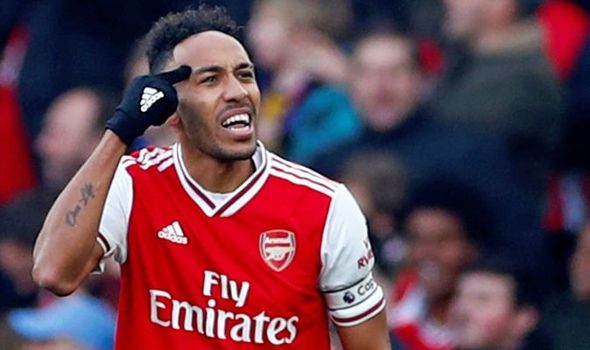 A report had revealed in November that Aubameyang had pulled out of contract talks and told Arsenal he wanted to win trophies, effectively signaling his departure at the end of the season.

That has alerted major clubs to 30-year-old Aubameyang’s availability with Arsenal caught in an impossible situation as the Gabon striker will only have one year left on his current deal next summer and they will cash in.

Aubameyang has been a big hit during his time at the Emirates but Arsenal will now look to use the cash to rebuild the squad with new boss Mikel Arteta drawing up a list of transfer targets.

That will spark a bidding war for Aubameyang with last season’s joint Golden Boot winner likely to be interested in Barcelona but there will be no shortage of offers.

Inter signed Romelu Lukaku last summer while Alexis Sanchez is also there but the Serie A club is interested in Aubameyang.

Arsenal will not sell Aubameyang in January but they do face an issue over Granit Xhaka who is wanted by Hertha Berlin and the Swiss midfielder does not view his long term future at the Emirates after being stripped of the captaincy.