They say a day is a long time in politics and the saying couldn’t be any farther from the truth in Kenya where the political landscape is extremely ugly, rugged and usually dynamic.

And with the 2022 general elections already on the horizon, Kenyan politicians have been busy aligning themselves with different political formations as one way of ensuring each remains relevant and famous ahead of 2022. 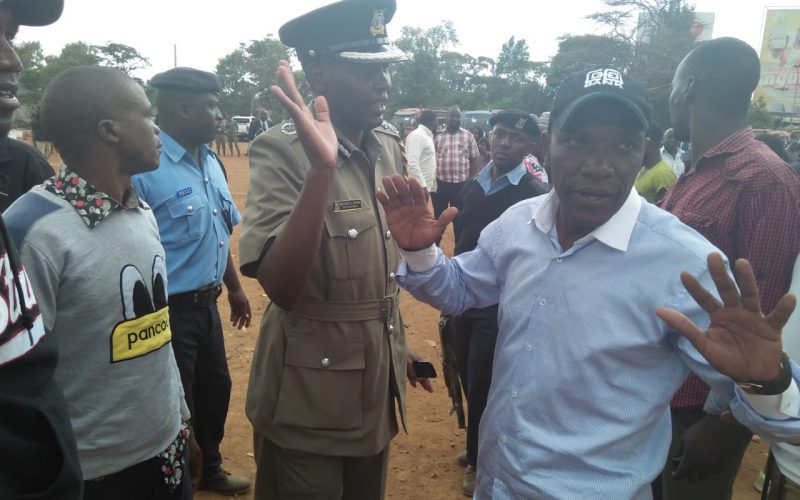 Among those politicians who have been on the race to succeed President Uhuru Kenyatta once his second term comes to an end in 2022 includes Deputy President William Ruto and his fierce critic Raila Odinga.

With the introduction of the handshake in 2018 between Uhuru and Raila, Ruto’s allies felt isolated from the government leading to the formation of Tanga-tanga team which was advocating for Ruto’s presidency.

Feeling that Tanga-tanga was sabotaging the handshake, leaders allied to the two leaders embarked on forming a rebel group with the slogan Kieleweke.

The two groups engaged in a war of words for the better part of 2019 with some political show-offs resulting in ugly confrontations and fights between members of the two groups.

Here are some of the scenarios where the confrontations turned ugly;

The chaos at Gitui Catholic Church ensued after Kiharu MP Ndindi Nyoro crashed the fundraiser which was organised by members of the Kieleweke faction.

Nyoro, a member of the Tanga Tanga faction, said he could not allow the fundraiser to continue because he was not invited in the Jubilee function being held in his constituency.

The ugly confrontation between Kamanda and Nyoro led to the arrest of the Kiharu MP where he was released a day later after apologizing.

MP Ngunjiri Wambugu and Agriculture CS CS Mwangi Kiunjuri’s supporters engaged in a war of words that quickly degenerated into a fist fight during the launch of Riamukurwe water project in Gatitu, Nyeri County, on June 29, 2019.

Trouble started when the MP took charge of the event, insisting that he would not allow leaders to campaign in his constituency.

It was reported that the political brokers from both sides reportedly spent time organising hecklers which led into the confrontations.

The two leaders clashed at a church Harambee in Nyandarua on November 2019.

Trouble started when Kamanda criticised Gitau for being accompanied to the function by a rowdy group. 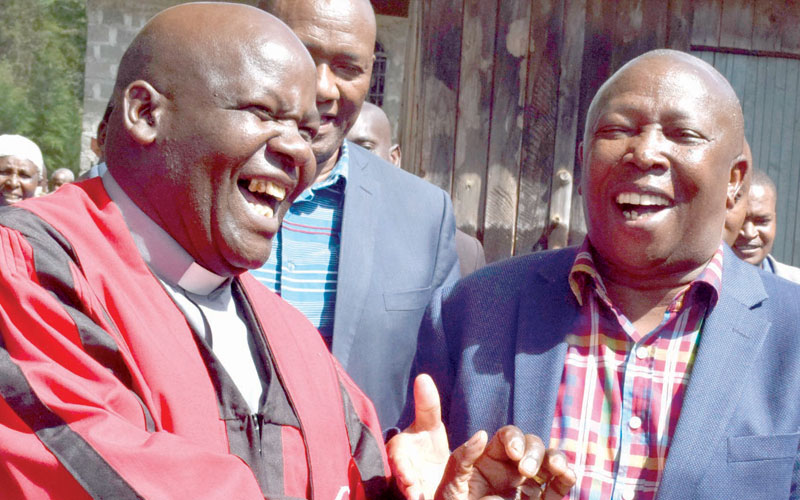 The MP then quickly concluded the donations session and led his group to storm out of Kiandege AIC church in Ndaragwa sub-county.

In October, Laikipia Woman Rep Catherine Waruguru stormed a church in Nanyuki, Laikipia county where Kamanda was the chief guest at a fundraising.

This forced Kamanda and his team to escape through the church’s back door before things could turn ugly.

Ngunjiri was flanked by a smattering of youth who were wearing T-Shirts with the message; Mimi ni Mshenzi, Je wewe Mwanakenya? ( I’m an Idiot, what about you) before they were confronted by the police in an event that nearly turned ugly.

Chaos rocked Nairobi County Assembly for the better part of October and November 2019 as MCAs clashed over planned impeachment of Speaker Beatrice Elachi.

Blows and kicks were traded as objects were hurled at the MCAs as they scampered to safety while being escorted by a barrage of blows in a scene similar to a behind-the-scenes action thriller.

In October 2019, Malindi MP Aisha Jumwa and Orange Democratic Movement supporters in Ganda, Kilifi County clashed leading to the death of one man.

The incident occurred at the Penduliani home of ODM candidate in the Ganda Ward by-election Ruben Katana. Mr Katana and other leaders were allegedly meeting agents to prepare for the Thursday mini-poll before Aisha Jumwa together with a number of his supporters stormed the homestead leading into ugly confrontations.