Football is the world’s most popular game which combines speed, strength and skills. It is a national sport in almost every country in the world.

Even if you are a hardcore fan of Football, there may still be many things that you don’t know about this amazing sport.

In today’s episode, we’re talking more about a football legend, who made this game interesting and acted as an inspiration to many.

Probably, you may be aware of former Brazil forward PELE- his masterstroke and contribution to football. But there is one particular instance when he added a bit of ‘salt’ to his beloved game and branded it with a new name.

When he started playing football the only barriers Pele was interested in breaking down were the walls of defenders between him and the goal.

As his career progressed from potential into greatness, and he breached those defences more than a thousand times, he began to break down more significant barriers off the pitch, from spreading football’s gospel to halting a civil war.

Initially, this was a by-product of his brilliance. Then, as he realised the possibilities of his status, he harnessed it. As a player, Pele took football to a growing world, even into the largely uncharted territory of the United States. 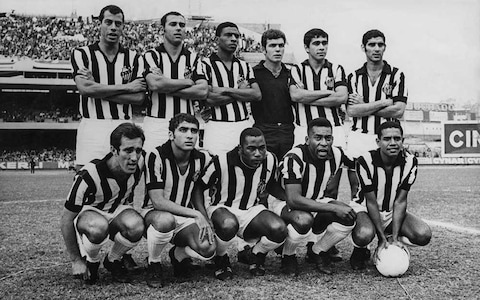 On June 16, 1950, there were about 200,000 spectators gathered at newly constructed Maracana Stadium in Rio de Janeiro to witness history. Brazil were on the verge of winning their maiden World Cup.

The Brazilian people excitedly looked forward to the final match between Brazil and Uruguay in 1950.

Although the Uruguayan team was formidable in 1950, the Brazilian team was widely considered to be superior, and the Brazilian people believed in their team’s ability to win its first championship. 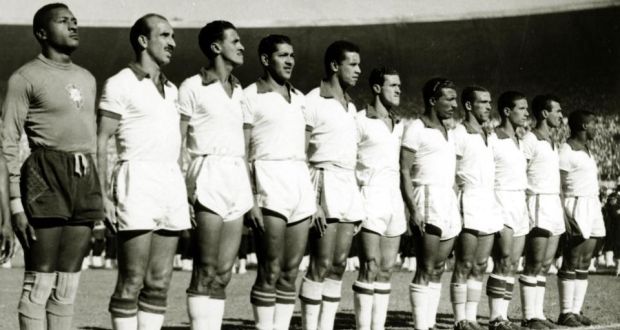 In fact, although the final match had not yet taken place, the mayor of Brazil and several newspapers declared Brazil the victor, and Jules Rimet, the president of FIFA and the founder of the World Cup, prepared a congratulatory speech for the Brazil.

Unfortunately, Uruguay did the unthinkable and shattered their opponents’ dream.

A nine-year-old boy found it funny and asked his father what the matter was.

“So why are you crying? Don’t cry, father. I’m gonna win that World Cup one day for you,” said the child.

“I did not know what to say then to them. That was the only thing I could say,” recalls Pele, during an interview with an Indian publication.

He went on to win the World Cup for Brazil eight years later, at 17, on his tournament debut—it was Brazil’s first World Cup win too—and became the youngest player ever do so.

However, when he lifted the trophy in Stockholm in 1958, “I looked around and realized my father was not there to see me play. I went around to see if I could find a telephone and call home to ask my father if he saw me play. But I couldn’t find one,” he recalls.

“My father (Joao Ramos do Nascimento, nicknamed Dondinho) was a centre forward and he was my inspiration,” he said. 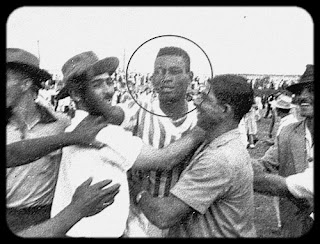 Pele, whose real names are Edson Arantes do Nascimento, turned professional when he was 15. By the time he retired in 1977, he had won three World Cups and two Intercontinental Cups with Santos and scored 1,283 goals. Despite his small 5ft-8inch frame, Pele excelled in the air and scored freely. He could play with his right foot.

At the same year, the Brazilian legend released his life story. He named his autobiography My Life and the Beautiful Game. The book’s dedication reads “I dedicate this book to all the people who have made this great game the Beautiful Game.” The phrase has entered the language as a description for football.