A chicken auction event at Uasin Gishu on Wednesday afternoon attracted Businessmen and the Political class.

Before Sonko’s Debut in the Chicken market, President Uhuru Kenyatta and Deputy President William Ruto had bought chicken worth 2.1 Million.

Uhuru bought chicken worth Ksh 1Million as his deputy chipped in the remaining Ksh 1.1 Milion.

DP Ruto was the main guest at the event held at Jua Kali place along the Eldoret Uganda highway.

The Kambi ya Kuku event is a passionate initiative for Ruto as he was a renowned chicken vendor there before venturing into politics.

It was at Kambi Kuku that he earned the nickname ‘hustler’. 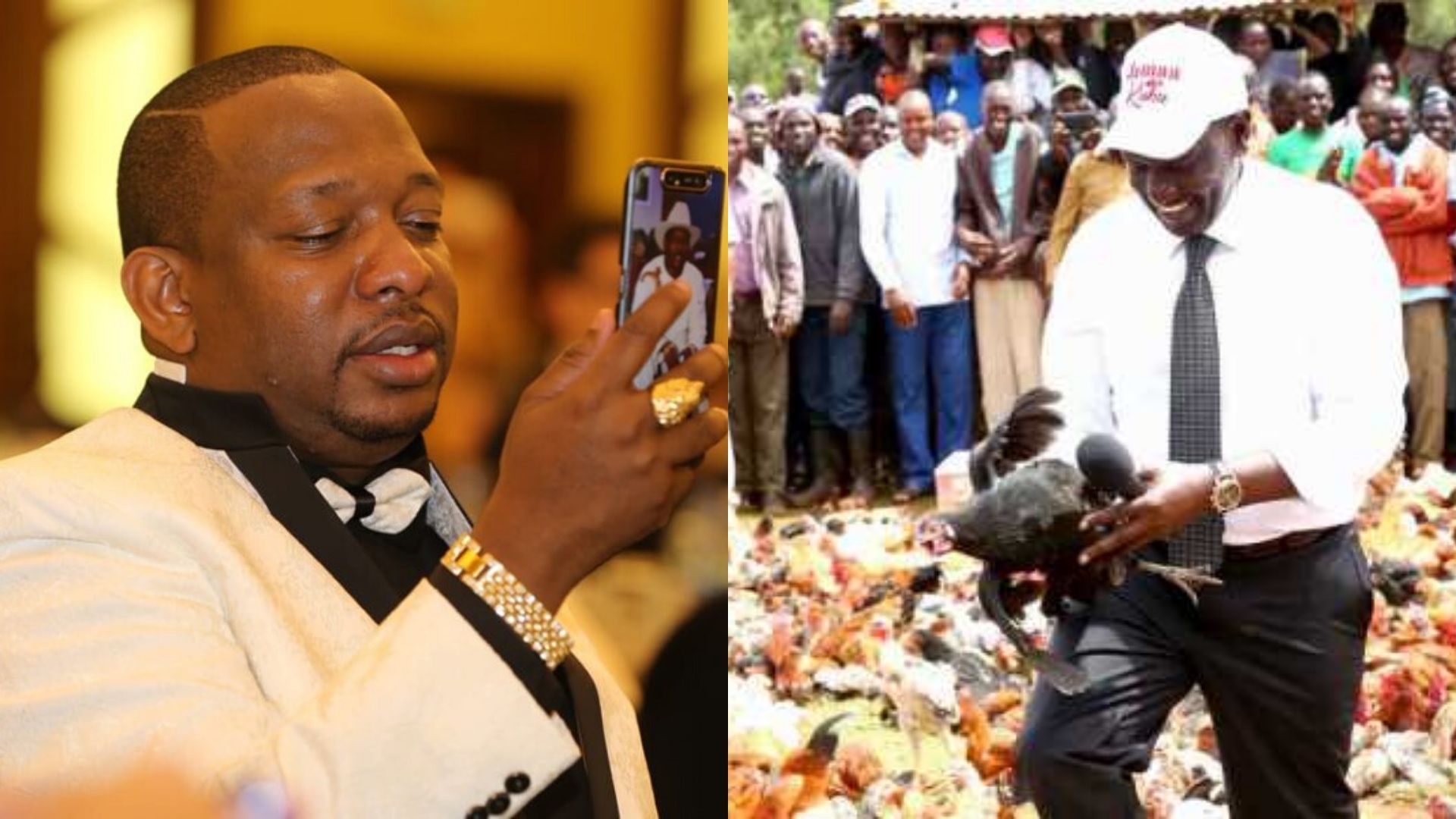 Ruto engaged his fellow hustlers as he listened to their stories and helped them sell their chicken at better prices.

Majority of the chicken vendors in the auction area are youths and women’s groups.