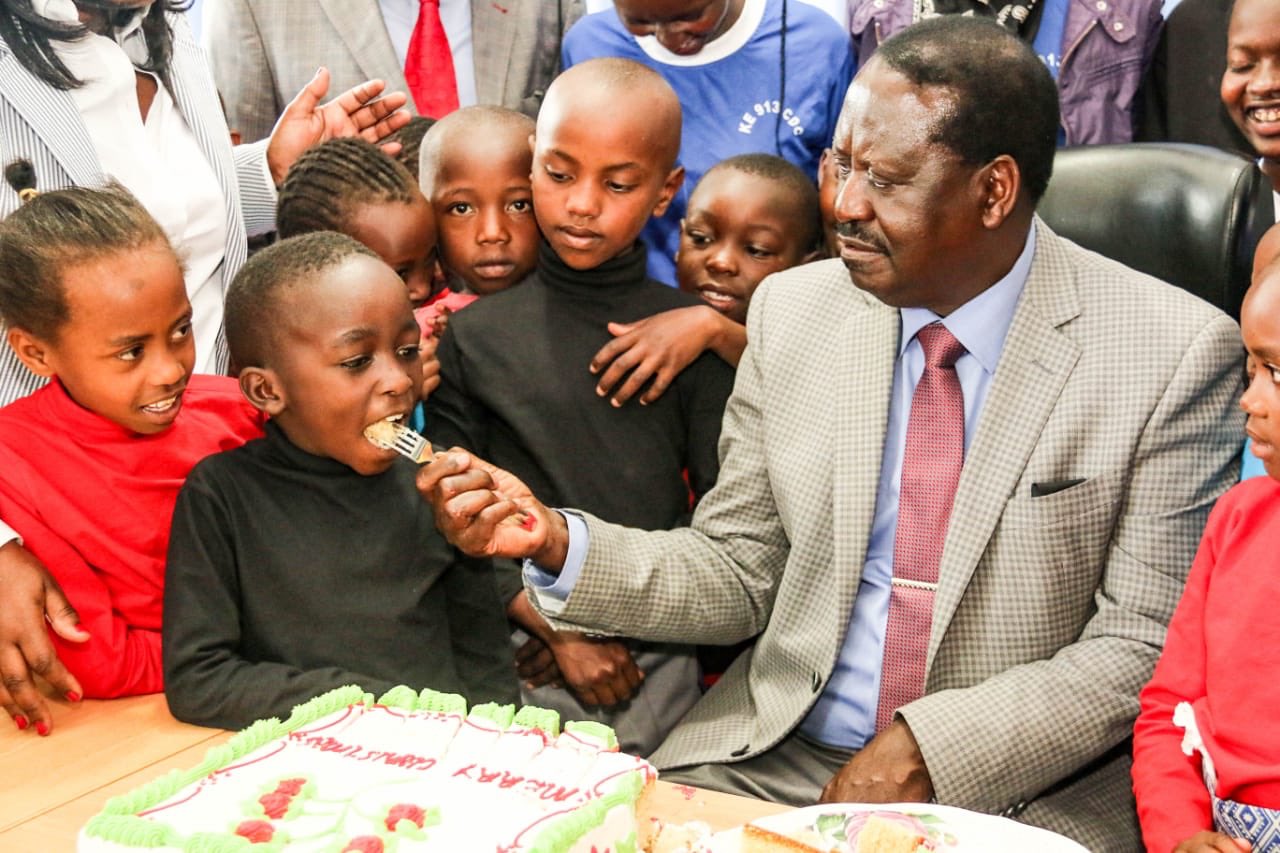 Raila shared a Christmas cake with the kids who reside at a Children’s Center being operated by Presbyterian Church of East Africa (PCEA) Kangoya, in Kiambu County.

Received a surprise visit from children who reside at the center being managed by the PCEA in Kangoya. It was great sharing Christmas cake with them. pic.twitter.com/ilNvncJA2J

This is not however the first time Raila is sharing Christmas with children from PCEA’s Kangoya Child Development Center. 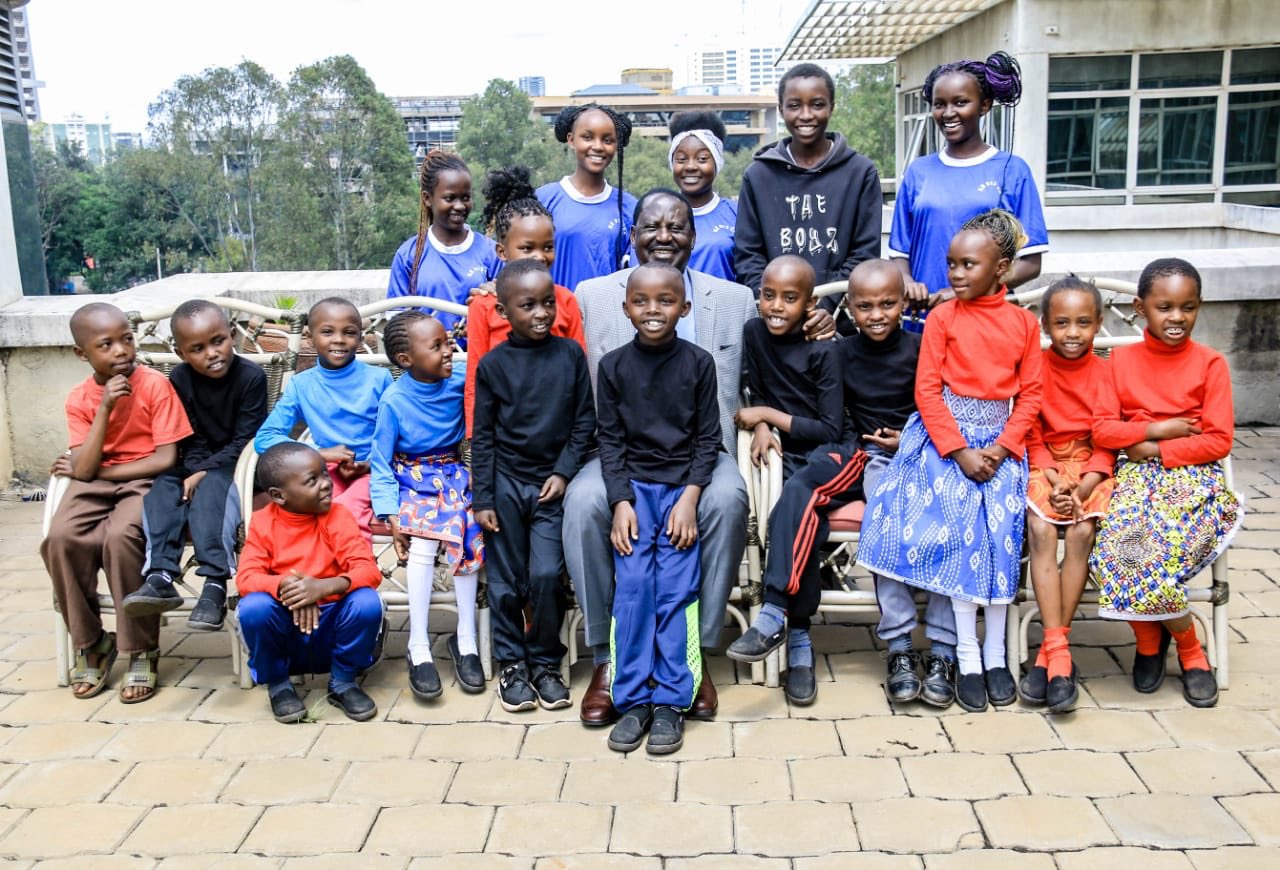 Photos of the event show Mr Odinga dressed in a santa claus hat while serving the children with pilau.

In his remarks during the last year event, Raila said that many children are orphaned because their parents die of HIV/AIDS.

“It is generally accepted that the family is the natural environment for the growth, well-being and protection of children. Yet today, many children in our society are deprived of parental care due to death of parents, poverty, the impact of HIV and AIDS, disability and other causes,” read a post that was shared on facebook.