Arsenal manager Freddie Ljungberg has hailed youngster Bukayo Saka for his good show against Standard Liege in the UEFA Europa League on Thursday evening away in Belgium.

The Arsenal academy product featured in the entire game as the Gunners fought from two goals down to secure a 2-2 draw and in the process topped the group. He scored the equalizer for the Gunners.

Saka, who’s primarily a winger started as a left wingback before moving to the left-back position later in the game, positions his coach understands he doesn’t like to play in. 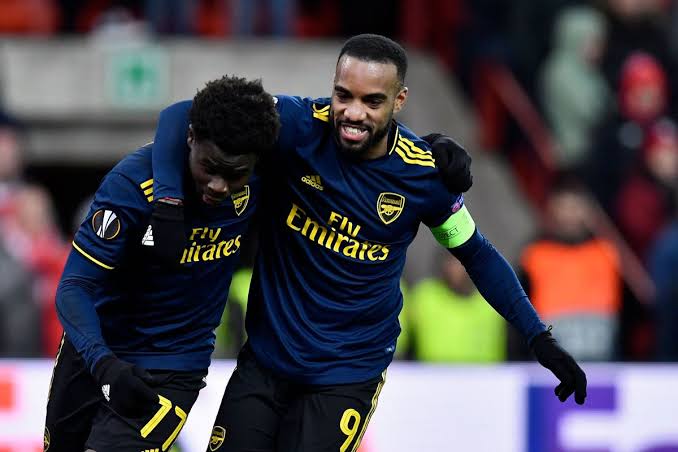 His overall output earned him plaudits from club supporters across the world and his coach was equally impressed.

“He was amazing. I think he was a bit upset with me before the game that he had to play wing-back and then full-back because he doesn’t like it so much,” he said.

“But no, he’s a tremendous talent and you could see it here again. His final ball and the last bit is always effective and there’s always an end product to his work”

Saka made his Arsenal debut earlier this season.